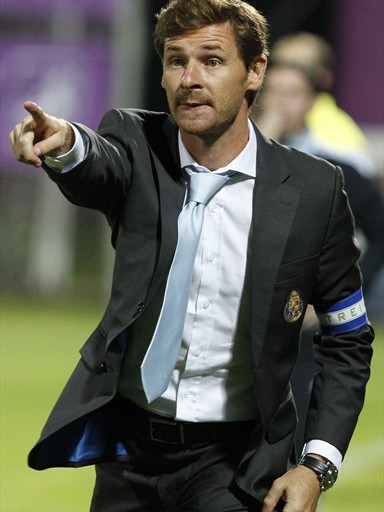 It’s as though José Mourinho never left. Though comparisons between Chelsea’s new Portuguese manager and his mentor are rife to the point of becoming clichéd, it is true to some extent that there is a ‘new Mourinho’ at Chelsea. Quite who this new figure is, however, is not immediately apparent.

With the greatest respect to Villas Boas, whose eagerness to distance himself from comparisons with Mourinho appear to stem from an entirely genuine belief that he is nothing like his predecessor, his image has been woven from the fabric of Mourinho’s legacy. For all of Villas Boas’ outstanding success last season with Porto (and, let’s not forget, his rather more humble achievement of  giving lowly Academica a relatively peaceful mid-table finish in what was, English readers, his first season as a manager), it’s hard to shake the idea that his acquisition by Chelsea is not as natural as the press like to make out.

The arguments for Villas Boas’ appointment are fairly obvious: he’s young, but he has already proven his abilities at Porto; he knows Chelsea and its players already, having been there on Mourinho’s staff; he has Mourinho’s mentality, but a little less of the latter’s ego; he speaks very good English – better than Carlo Ancelotti anyway. Call me a cynic, but I think what swung it for Roman Abramovich was little more than a hunch. Villas Boas’ appointment was a gamble, one which only really appears favourable in the light of his predecessor.

Since when did England become so in awe of the Portuguese? Before Mourinho, Portuguese football was considered a shoddy backwater where one might occasionally find a diamond in the rough who could be moulded along English lines into what might resemble a decent footballer. The idea that a Portuguese coach – even an extraordinarily successful one – could jump straight to the top of the English game and turn around the fortunes of arguably its most demanding club would have been considered absurd.

What has Villas Boas really done, other than work with Mourinho, that might genuinely excite an English club, an English media, an English fanbase? According to Sir Alex Ferguson, you can pick up Portuguese league titles in Tesco (at least, that’s how he felt in 2004, before Mourinho…), so going a season undefeated is hardly an achievement which might grab the attention of the likes of Chelsea. As for the Europa League, Liverpool fans reacted with utter disdain at their elimination by Braga (the only side who presented Villas Boas with anything even resembling a challenge in last season’s competition); to them, the Europa League was a Mickey Mouse competition which they should really be winning, certainly against a little Portuguese club. For a moment, ‘King’ Kenny Dalglish wasn’t quite so popular on Merseyside.

The truth is that Abramovich didn’t know who on earth to choose. Though some critics might disagree, he was probably right to dismiss Carlo Ancelotti who, in spite of a successful first season, appeared at a loss as to how to set up a by now ageing, morose squad  and include the despondent Fernando Torres (the 4-4-2 diamond was a particular low point). But who could replace him?

Villas Boas’ appointment does not represent a sudden shift in the Chelsea owner’s priorities. If he starts badly, he will not be given time to settle in because of his youth. Abramovich, with few realistic options (he’s fired all the best ones), wanted someone different, with a proven record of success, who ideally knew the club and its standards well. Villas Boas was the perfect candidate.

Villas Boas could well turn out to be The Second Coming. He could walk in, transform Chelsea into a vibrant, attacking side, regain the Premiership, take the Champions’ League and the F.A. Cup too, and do it all without even a hint of press conference bitchiness. Equally, he could have a bad patch and get ousted like Phil Scolari. Whatever happens, he is walking into the shadow of Mourinho. He has been there before, behind the scenes, producing Mourinho’s infamous dossiers, compiling, observing, learning. But the man who Mourinho invited to go to Inter Milan with him as his assistant preferred to gamble on a small provincial Portuguese club in order to make his mark as a head coach. Two years later, he will feel much less comfortable in the shadows.