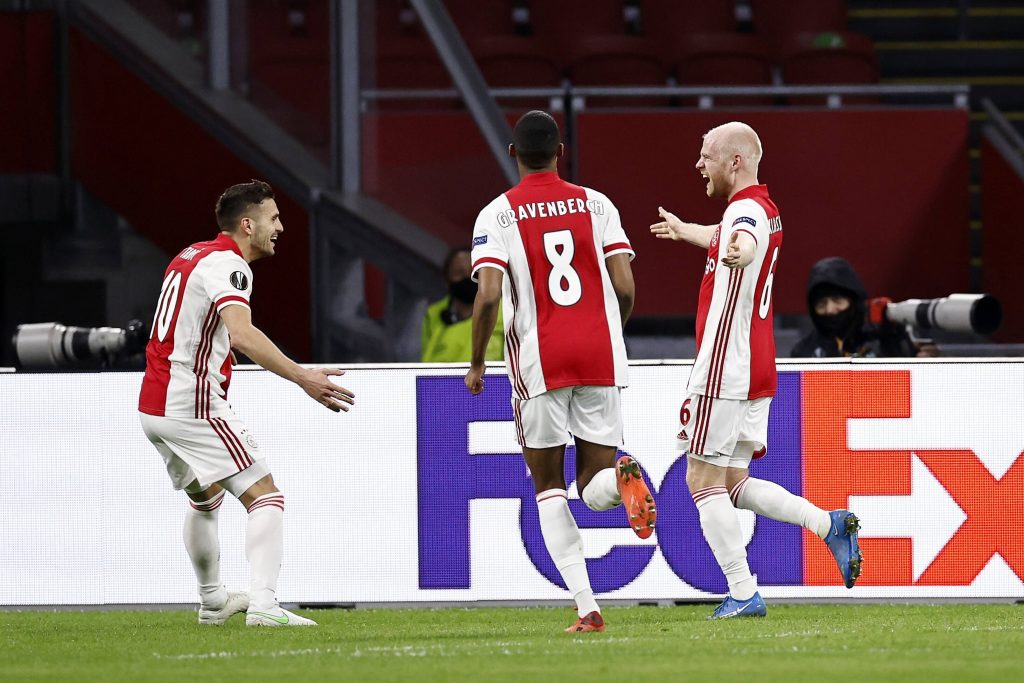 The Europa League action kicks-off on Thursday at 5:55 pm as Ajax entertain Young Boys at the Johan Cruijff Arena in the first leg of their last-16 tie.

Since exiting the Champions League group stage in December 2020, the Lancers have gone unbeaten in 19 matches in all competitions (W16, D3).

Although widely considered as underdogs in this tie, Young Boys have enjoyed a stellar calendar year so far, avoiding defeat in all 13 competitive matches since the turn of 2021 (W9, D4).

Both teams will stake their claim for the Europa League quarter-finals berth after showcasing some eye-catching football in the previous knock-out round. You can watch this game and other Europa League matches live online.

Erik ten Hag’s men marked their record-breaking ninth appearance in the Europa League last-32 with a 4-2 aggregate victory over Lille, winning both legs via the identical 2-1 scoreline.

The Eredivisie giants have qualified for the round of 16 for the fourth time since the competition was rebranded in 2009/10. Two of their previous three attempts to reach the quarter-finals have fallen flat.

Five of Ajax’s eight matches on the European stage this season have witnessed over 2.5 goals and both teams scoring, with the Lancers losing the other three by the same 1-0 score.

Interestingly, 11 of their last 12 goals scored/conceded in major European competitions have come after the interval, with four of their previous five continental fixtures producing a strike on or beyond the 80-minute mark.

Ajax won both legs of their only previous two-legged tie against Young Boys by an identical 1-0 score, though it is worth noting that it was in the 1987/88 Cup Winners’ Cup quarter-finals.

The reigning Swiss title-holders qualified for the Europa League knock-out phase as Group A runners-up after winning three of their last four group-stage matches (L1).

Gerardo Seoane’s men put up a heroic performance in the Round of 32, overcoming Bundesliga powerhouse Bayer Leverkusen 6-3 on aggregate (4-3 H, 2-0 A).

It is the first time since 1960/61 that Young Boys had managed to seal a place in the last-16 of any major European competition, with their last such appearance yielding a 3-8 aggregate thumping to Hamburger SV.

The visitors could pose a genuine threat in the later stages of the game, as evidenced by the fact that they have managed to score beyond the 85th minute in each of their last three Europa League outings.

Five of Young Boys’ six European matches against Dutch adversaries have seen the sides separated at full-time by under 1.5 goals (W2, D1, L3).