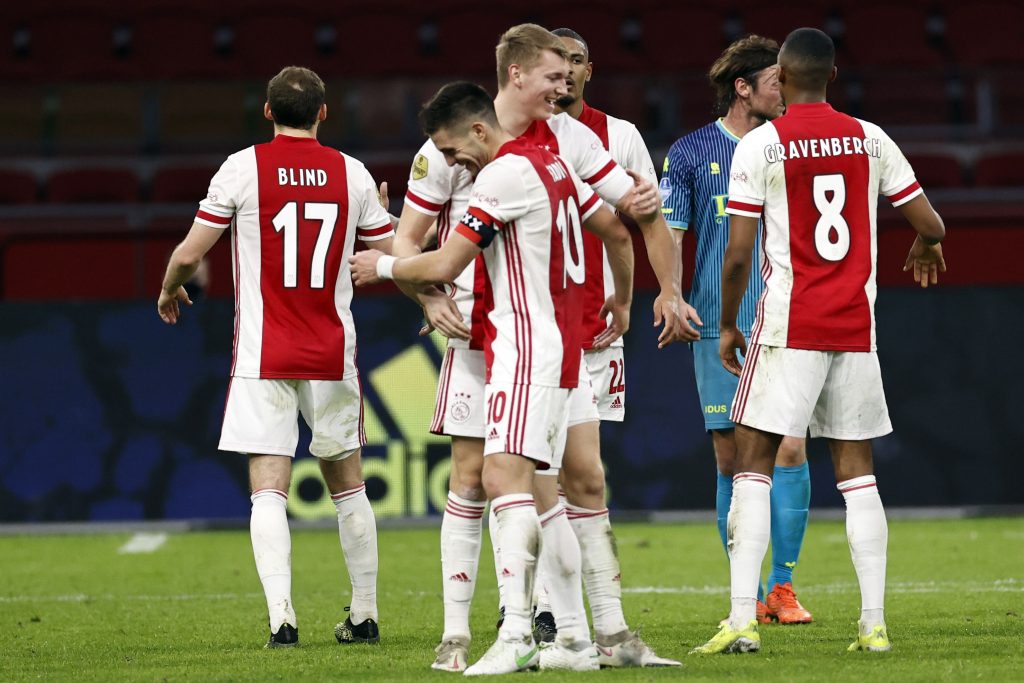 Thursday’s Europa League action gets underway at 5.55 pm as Ajax welcome Lille to the Johan Cruijff Arena for the return leg of their last-32 tie.

Ajax hold a 2-1 advantage following the first-leg in France last week. All three goals were scored after half-time.

Timothy Weah slotted the ball past Maarten Stekelenburg to put the home team in front in the 72nd minute.

However, Ajax skipper Dusan Tadic converted a spot-kick in the 87th minute to initiate the comeback. The visitors did not have to wait long to complete the turnaround.

Davy Klaassen unlocked Lille’s defence with a pinpoint through-ball, with Brian Brobbey poking home from a few yards out.

The French giants now have a mountain to climb in Amsterdam.

Ajax dropped to the Europa League on the back of their premature Champions League elimination.

The Lancers finished third behind Liverpool and Atalanta in Group D after losing both of their final group-stage fixtures by a 1-0 scoreline.

Despite netting over two goals in four of their seven European outings this season, they have scored in both halves only once over that stretch of contests.

Since exiting the Champions League, Ajax have gone unbeaten in 15 consecutive games in all competitions (W13, D2). Coming into this clash, they have won ten competitive matches on the trot.

Erik ten Hag’s men have won their last seven home games in the Europa League knockout stages, letting in only three goals in that sequence.

The Dutch heavyweights have not lost any of their nine previous home matches versus Ligue 1 visitors (W5, D4).

Six of Lille’s seven Europa League fixtures this season have produced over 2.5 goals, with Les Dogues bagging more than goals on five occasions in the process.

Far more prolific after half-time, Christophe Galtier’s men have recorded a clear majority (80%) of their goals scored this Europa League campaign in the second half of play (12/15).

Lille have racked up eight successive away triumphs going into this meeting, keeping a clean sheet in six of those successes.

Worryingly, they have lost both of their previous trips to the Netherlands, conceding three goals in each while scoring only once in return.

Andre Onana will not return in goal for Ajax after receiving a ban for a failed drug test. Noussair Mazraoui will also watch from the stands due to an eye injury.

Galtier has his entire squad available bar injury-troubled Burak Yilmaz. Jonathan Ikone should start after beginning the reverse fixture on the bench.