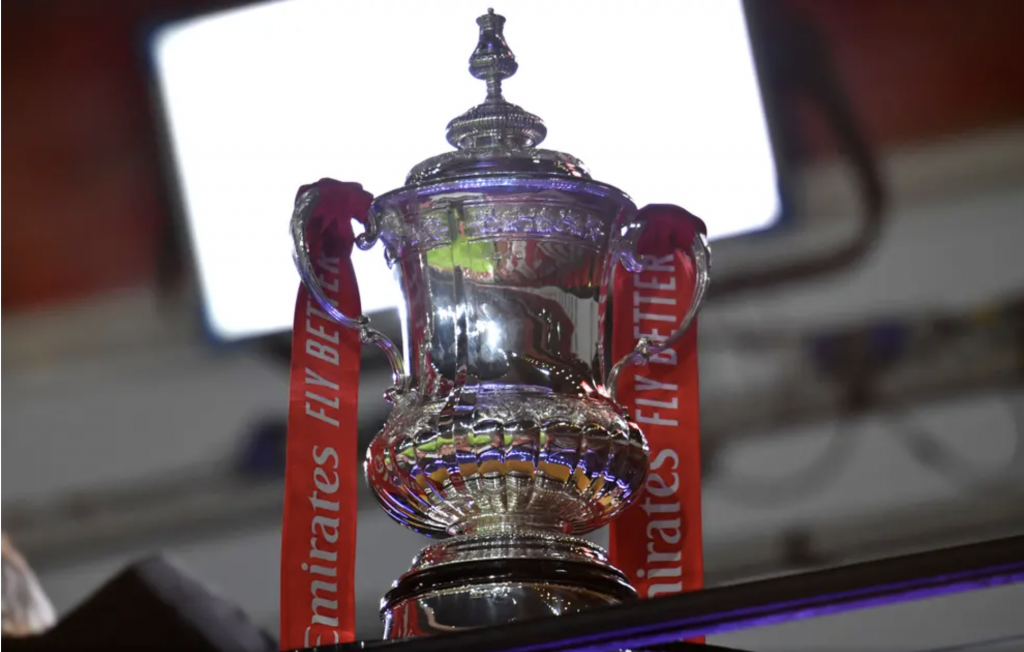 The path to domestic glory in the world’s oldest cup competition became clearer over the weekend as eight became four.

Southampton and Manchester City secured their place in the semi-finals on Saturday, while Chelsea and Leicester City completed the set with victories on Sunday.

At half-time in Leicester’s victory over Manchester United, the draw for the penultimate round was made.

The FA Cup Final will take place on Saturday, May 15, a week before the conclusion of the Premier League season.

In what was Brendan Rodgers’ 100th game in charge of the Foxes, his side reached the club’s first FA Cup semi-final in 39 years with a 3-1 win over Manchester United at the King Power Stadium on Sunday evening.

The last quarter-final of the weekend saw former Manchester City frontman Kelechi Iheanacho grab two goals, sandwiched between a Youri Tielemans piledriver, and Leicester will now play at the new Wembley for just a second time when they face the Saints next month.

Their only game at ‘the home of football’ previous to this – excluding when Tottenham Hotspur used the stadium as their home ground – was the 2016 Community Shield following on from a magical Premier League winning season. Of the last four teams in the competition this season, they are actually the least experienced in terms of Wembley visits.

They are also the least successful in terms of the competition, having never won it. The closest they have come is being runners-up on four occasions, the latest in 1969.

This weekend’s victory only adds to their success in recent years and brings with it a real opportunity to qualify for the final of the FA Cup against Southampton next month.

They will go into the tie as favourites, and with players to return from injury such as James Maddison, a cup final appearance could well be on the cards.

A final appearance and a top-four spot in the league would represent a successful season for Rodgers and co.

Now the underdogs of the competition, the Saints reached the last four on Saturday lunchtime with a routine 3-0 victory away to Championship side Bournemouth.

Nathan Redmond was the star man on the day, scoring twice and assisting Moussa Djenepo for the first goal. Added to this, Ralph Hasenhüttl’s side had two further goals ruled out by VAR, so it was a comfortable qualification all-in-all.

They will play at Wembley for the first time since April 2018, also an FA Cup Semi-final, when they lost 2-0 to Chelsea.

That defeat put their record at the new Wembley to one win and two losses, so they will be trying to ‘tie’ up that respective record with a win over Leicester next month. However, they have won the competition once, in 1976.

The Saints’ FA Cup run has provided some much-needed relief in what has been a poor season.

Having lost 10 of their 13 Premier League games since the start of 2021, a last-four place in the cup – and possibly beyond – is undoubtedly a contributing factor to why there isn’t much pressure surrounding Hasenhüttl’s job.

Last season’s FA Cup runners-up qualified for the last four with a narrow 2-0 victory against Premier League strugglers Sheffield United at Stamford Bridge in Sunday’s early kick-off courtesy of an Oliver Norwood own goal and a strike late on from Hakim Ziyech, who came off the bench.

In what was perhaps the most widely expected outcome of the weekend, Thomas Tuchel’s side extended their unbeaten run to 15 matches. 14 of those have been under the management of Tuchel, and they have yielded a remarkable 12 clean sheets, conceding on just two occasions.

Despite a disappointing start to the season, the Blues currently sit fourth in the Premier League table and face Porto in the last eight of the Champions League, so they still have a good chance of success.

An FA Cup added to the trophy cabinet would certainly help with that, though they will have to overcome Manchester City at Wembley next month to reach a second consecutive final.

Eight-time winners of the FA Cup, they are the most decorated of the four teams left in the competition this time around.

The ever-impressive City steam train continues to roll on, and Pep Guardiola’s side are still in with a chance of winning an unprecedented quadruple this year, even if he won’t say so himself.

They got through to the Semis for the fourth time in five seasons with a 2-0 victory over Everton at Goodison Park on Saturday evening. In the last ten minutes, two goals from İlkay Gündoğan and Kevin De Bruyne were enough to dispatch the Toffees, who had put up a good fight until conceding the first.

Qualification for the last four means that the Cityzens will be playing at Wembley two consecutive weekends in April.

Their semi-final against Chelsea will be a rehearsal for the Carabao Cup Final against Tottenham Hotspur the following weekend, with Guardiola’s side wanting both to pass without any hiccups.

By the end of the two games, City will have played at Wembley a huge 19 times in 11 years and have now won 25 out of their last 26 games in all competitions.

They’re now strong favourites to win a seventh FA Cup and look likely to complete another domestic treble at the very least.