A star-studded squad and young talents that lit up the World Cup, Bayern are still the team to beat in Germany, and it’s unlikely that anyone can stop them. 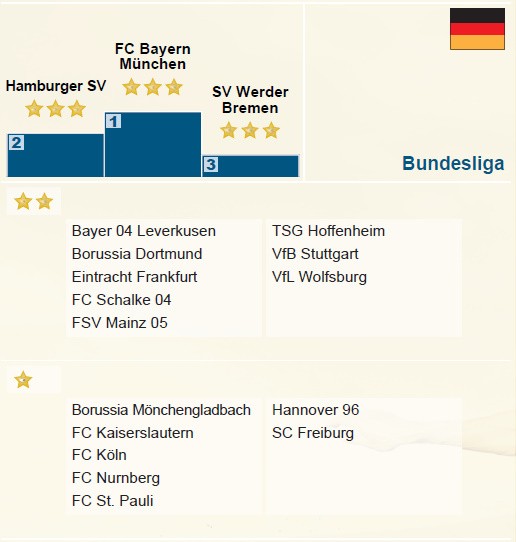 Somebody asked: Can Hamburg win the Bundesliga? Well, the answer seems to be: “No, they will be second to Bayern Munich.”

Well, it’s simple. You don’t go from winning a double and being on the brink of winning the treble and then fall to winning nothing the next season. At least, usually you don’t.

Sure, other Bundesliga sides have added new names to their squads but most of them have been the likes of Raul, Ruud van Nistelrooy and Michael Ballack. Great players but I was a little kid when they were on their peaks and now I’m well into my 20s.

Out of the lot, Bayern definitely has the edge of a fresh squad. Franck Ribery, Arjen Robben, Ivica Olic, Thomas Muller, Bastian Schweinsteiger and Toni Kroos are all young(er) and agile.

It is hard to see the title going anywhere other the Allianz Arena.