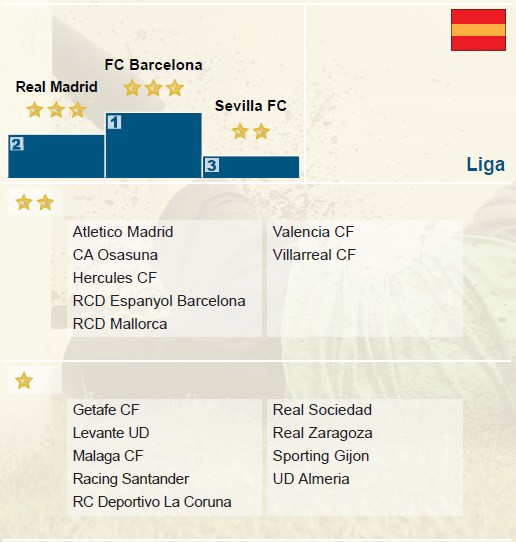 So, Jose Mourinho and the around $451 million can not bring the league title back to the capital club? Strange. Yes, but with the kind of events that have unfolded in the Bernabeu over the last few years, it is quite possible.

A club president who likes to interfere with the team selection at times and a manager who likes to be in complete control of everything related to players. You can argue all you want but they are there.

Over in Catalan, Spain’s most prolific striker, David Villa have joined the party. Zlatan Ibrahimovic although supposedly willing to stay have now been loaned out to AC Milan to make room for the Spaniard.

Also with one after another youth academy product making a big impact on the football field, taking a title away from them will not be easy.