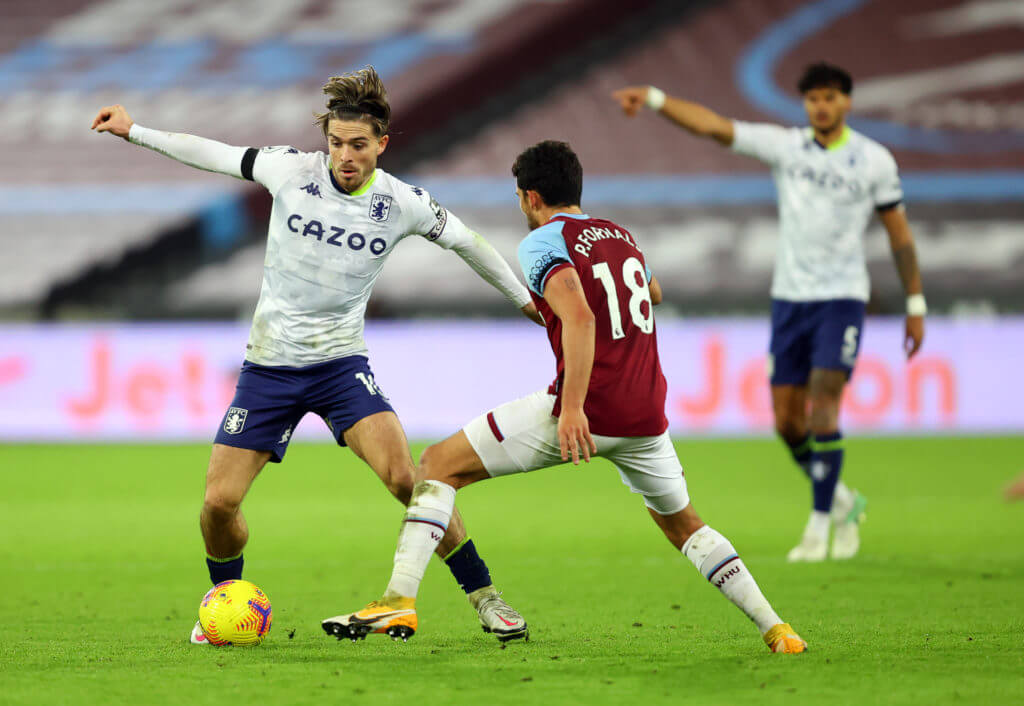 The Red Devils were heavily linked with a move for the England international during the summer, but they didn’t come up with a formal bid.

Aston Villa were demanding a fee in the region of £70-80m for their star midfielder, while United had other targets (Jadon Sancho for instance) in mind.

Grealish has been simply outstanding for Villa (five goals, five assists) this season, and there’s a feeling that United may have missed a trick by not signing him.

The 25-year-old creative midfielder can take some of the creative burdens off Bruno Fernandes and could be an ideal replacement for Paul Pogba, if and when he leaves the club.

Pogba’s agent, Mino Raiola, dropped a huge bombshell earlier this week, where he claimed that the Frenchman’s time at United is coming to an end.

Whitewall has claimed that Grealish ‘still has admirers at United’ but his contract at Aston Villa protects his value.

“I believe they do. His new contract protects his value for Aston Villa, but Grealish still has admirers at United. Personally, I love his style,” – wrote the Athletic journalist.

According to reports from the Daily Mail, Villa have slapped a massive £100m price tag on the head of Grealish to ward off interest from top Premier League clubs.

Therefore, United will have to make him the most expensive British player in history if they are to sign him. While Grealish is still wanted by United, it remains to be seen about whether the Red Devils would spend such a huge transfer fee on him.

However, there could be a vacant space at Old Trafford for the Villa star should United get rid of Pogba next summer. Grealish may not be a like-for-like replacement for the French midfielder, but he has all the qualities to make a huge impact at Old Trafford.