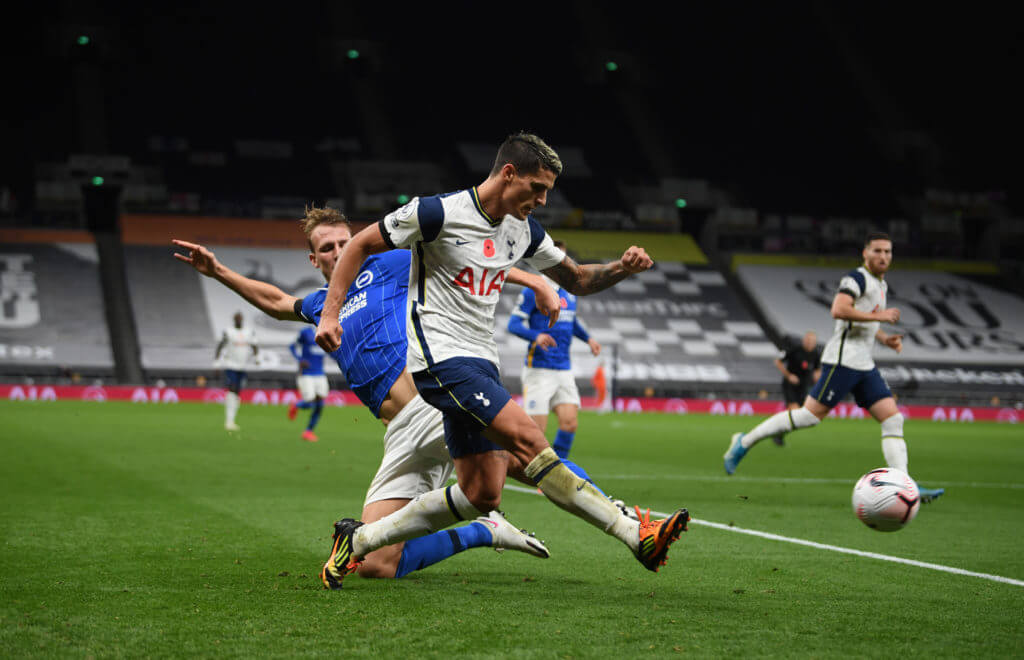 Popular football pundit Fabrizio Romano has claimed that Erik Lamela could leave Tottenham Hotspur in the next summer transfer window.

The 28-year-old attacking midfielder has struggled with fitness this season and has managed only two Premier League starts.

Romano has claimed that Lamela would love to return to Italy, and especially to AS Roma, but an exit in January is highly unlikely. His situation could change in the summer, where he is likely to leave the north London club.

Lamela joined Spurs for a fee of £25.8 million in 2013 from Roma. After initial struggles, he quickly became favourite among the fans and played his best football from 2014 to 2016.

He was impressive in the last two seasons as well but has struggled to replicate the form this term (injuries playing a part) under Jose Mourinho.

Lamela has a contract at the club till 2022, and Romano claims that he could leave Spurs before that period. However, a move from away the club in January is very ‘difficult’.

“Difficult, difficult,” he told Last Word On Spurs when asked whether Lamela could leave the club anytime soon. “I am told that he would love to come back to Italy where he was with Roma. But at the moment, there is no Italian club looking for a winger, so I think next summer he will leave Tottenham.”

It is not clear though which summer Romano is referring to. However, it can be assumed that Daniel Levy would not let Lamela leave on a free transfer.

Lamela divides opinion among the Spurs fans. He is a stylish, skilful player and has been at the club for a long time. He has shown flashes of brilliance at times but somewhere you get the feeling that he never reached the heights that people expected him to reach when he joined.

The departure of Lamela or Gareth Bale in the summer will make room for potential arrivals, or even young Jack Clarke could get an opportunity to cement his position in the side.