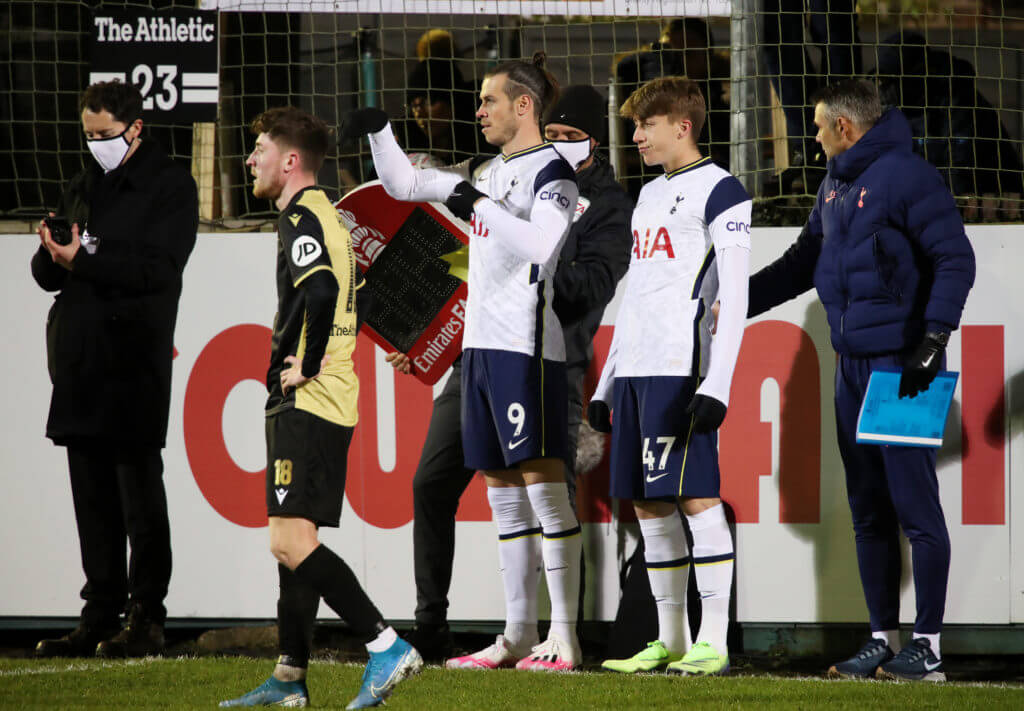 Tottenham Hotspur winger Jack Clarke has said on social networking site Twitter that he is ‘delighted’ to join Stoke City on loan until the end of the season.

The 20-year-old winger stayed at the club in the first half of the season as Jose Mourinho wanted him to develop under his tutelage.

However, the youngster has struggled for game time this season, managing only three substitute appearances in cup games.

Spurs have a wealth of attacking talents, and it was always difficult for him to get into the first-team, especially with senior players like Dele Alli or Lucas Moura struggling to get games.

He has further dropped down the pecking order following the arrival of Gareth Bale from Real Madrid on loan in the summer.

The youngster has now joined the Championship outfit for the rest of the season where he can expect to play regularly. He took to Twitter to express his reaction after securing the move.

First day @stokecity🤍❤️ Delighted to join this club on loan and very excited for the remainder of the season pic.twitter.com/FRTQOsJAFj

Clarke joined Spurs in 2019, signed by Mauricio Pochettino from Leeds United for a reported fee of £10 million. He was immediately loaned back to Leeds and spent a loan spell at Queens Park Rangers as well.

He was progressing smoothly under Marcelo Bielsa, and many Leeds fans feel that he made a wrong decision to move to the north London club at such an early age.

Many Leeds fans have responded to Clarke’s tweet, reminding him that he made a wrong choice by leaving them. Here are some of the selected tweets:

Marcelo could have made you a legend, but you wanted the bug bucks instead. Look where you are now.

If only you didn’t go for the £££, bielsa would’ve made you a massive player

I mean, it was always the plan to go to Stoke and have to sit on the bench watching them play shit football…

Good luck Jack. An ideal opportunity to get back your best form. Say "hi" to @barrydouglas03 on Saturday!

Man’s living off that goal vs villa

We had Tottenham’s pants down

Should of stayed at Leeds lad!!

Mourinho reportedly likes Clarke who impressed him in training during the summer. But, the Portuguese cannot guarantee him regular games at the moment. A move to Stoke on loan will suit all parties involved.