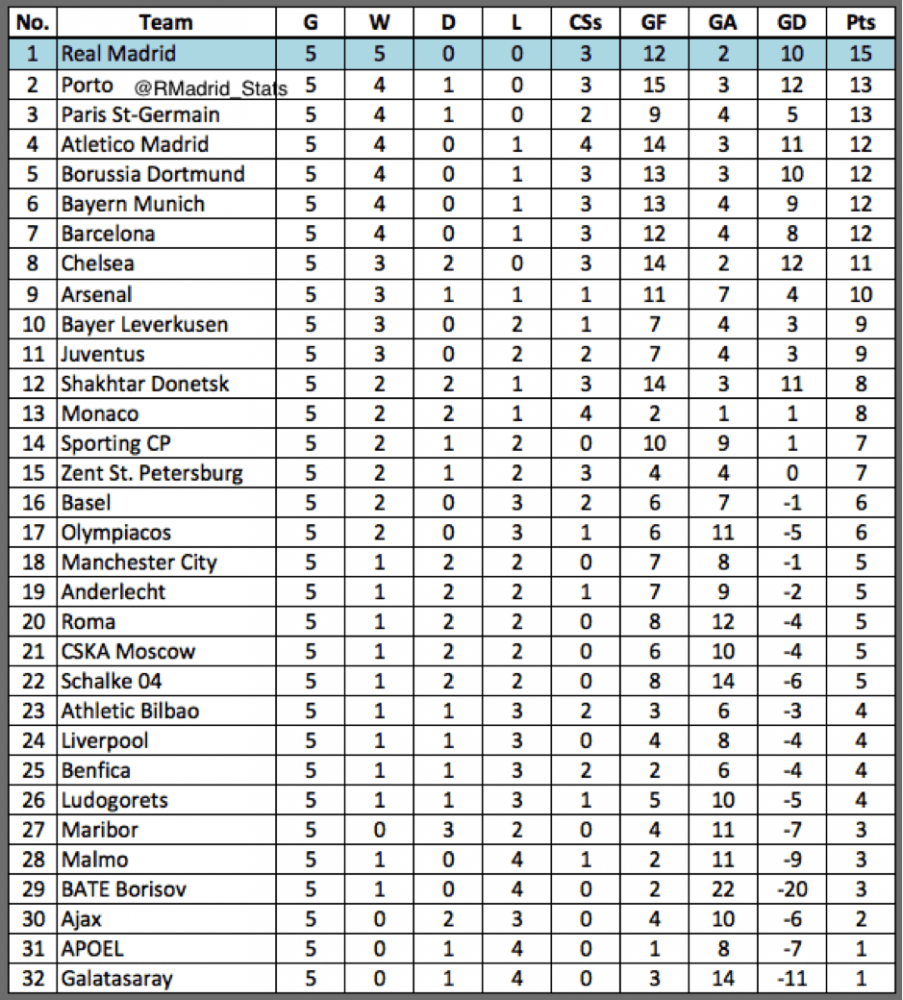 Typically, at this relatively early stage of the Champions League, it is still hard to discern which club(s) might be favourites for the title. People tend to judge on one big match result for an unlikely team (i.e. Porto and Shahktar) or stick to the usual suspects of European football, otherwise known as the superclubs. At this moment, this category holds 3 clubs: the reigning European champions Real Madrid, the Guardiola-led Bayern Munich, and finally the still-unbeaten-this-season Chelsea. Along with these superclubs, you have the traditional European giants like Atletico Madrid, Borussia Dortmund, Arsenal, Manchester City, and Juventus, and of course Barcelona. But how correct are these judgments and where do these clubs, along with other European giants, stand in the bigger picture of the Champions League?

Above is a picture of this season’s Champions League tournament in league format with rankings based on the traditional structure: points, goal difference, goals scored, head-to-head. The position of some of these clubs might be surprising to some. Some clubs like Porto are unusually at the top of the table while potential dark horses like City/Roma/Liverpool are languishing in mid-table. Now is this the definitive guide to the club that will go on to win the competition this season? Absolutely not, however it is interesting to see how clubs have done so far in the competition compared to all the other participating teams. Statistics like the clean sheets, goals scored or conceded might shed some light into the strengths, and more importantly, weaknesses of some European powerhouses.

So now that you’ve seen the ‘table’, did your idea of Champions League ‘favourites’ change or are they still the same? Which club’s position or ‘situation’ surprised you?