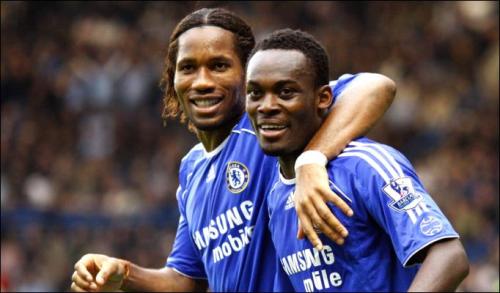 The Soccerlens Fantasy Football Game is now five weeks old, so it’s time to take a look at some of the best performing footballers. Because Soccerlens Fantasy Football is a week to week game, we’re going to take a look at top 10 fantasy football players based on average points scored per game played, rather than total points scored in the five weeks of play.

If you’ve been playing – or if you want to start playing – then this is valuable information to read before picking your team and playing in week six. Picking some of the men below could be the difference between walking away with some weekly prize money, or walking away weakly with no prize money (as I did this week). Here are the top 10 players by average rating.

1. Alan Hutton, Defender, Spurs, 9.0/1 (Averaging nine points per game, played one game)
Even Harry Redknapp will be surprised that his third choice right back Alan Hutton is the best performing player in all of Soccerlens Fantasy Football. Hutton’s first appearance of the season came this weekend, as sub for the injured Younes Kaboul. Hutton went on to win Spurs a penalty (three points for the assist) and then score one himself (worth five points, because he’s a defender) in the 91st minute. Unfortunately, it’s unlikely many will have picked Hutton in their teams for week five, but I’m sure he’ll be a lot more popular in week six.

2. Didier Drogba, Striker, Chelsea, 7.8/5
Though Hutton’s average rating owes a lot to his small amount of game time, Didier Drogba’s is the real deal. The Ivorian striker (pictured with teammate Michael Essien, who very nearly made this top 10) has played in every one of Chelsea’s games so far and has managed five goals (worth three points each) and five assists (worth three points each). If he’s not the complete striker then I’d like to know who is.

3. Florent Malouda, Midfielder, Chelsea, 7.4/5
Playing in a more advanced role than previously, Chelsea’s French midfielder can’t stop scoring. So far he has six goals (worth four points each, because Malouda’s a midfielder). Malouda somehow has no assists, making him the most selfish midfielder in the Premier League, mathematically speaking anyway. 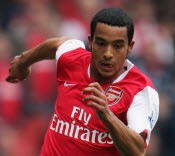 4. Theo Walcott, Striker, Arsenal, 6.7/3
Before the season started I would have advised against picking Theo Walcott. Because he’s listed as a striker but will actually play midfield, and because he’s injury prone. I would have been wrong. For a couple of weeks anyway. Walcott did nothing in week one but bagged a hat-trick in week two, then a goal and an assist in week three before injuring his ankle while playing for England. So avoid for now, but maybe worth selecting again once fit.

5. Ashley Cole, Defender, Chelsea, 6.2/5
Outside of the statistical freak show that is Alan Hutton, Ashley Cole has been the best fantasy football defender in the Premier League so far. He’s played in all five of Chelsea’s games, which means he’s received four points for each of Chelsea’s four clean sheets. But because Cashley likes to venture up that left flank he’s also got himself two assists already this season, worth three points each.

6. Dimitar Berbatov, Striker, Manchester United 6.0/5
It’s a sign of the Bulgarian’s consistency this season that he’s registered points for either a goal or an assist in each of the five Premier League games he’s played so far. What was a trickle became a flood this past weekend with Berbatov’s hat-trick against Liverpool, which was worth nine points in total.

=7. Paulo Ferreira, Defender, Chelsea, 5.6/5
Chelsea’s Portuguese right back is the third best performing defender behind Alan Hutton and Ashley Cole. Like Cole he’s contributed two assists to Chelsea’s series of demolition jobs, and has received multiple points for Chelsea’s four clean sheets. The reason Ferreira lags behind Cole is that he only played 30 minutes of the 6-0 win over Wigan and so only received two points for that clean sheet instead of four.

=7. Nani, Midfielder, Manchester United, 5.6/5
Hasn’t quite been a revelation yet this season and hasn’t quite been Cristiano Ronaldo (which I’m pretty sure is what he wants). But Nani has produced. An assist in week two, a goal and an assist in week three, two assists in week four and more this past weekend. Nani’s average would look even better if he hadn’t missed a penalty in week two, which earned him -2 points.

9. John Terry, Defender, Chelsea, 5.5/4
The Chelsea captain had a stellar first three weeks, registering three straight clean sheets and an assist. The clean sheet run was broken in week four when West Ham were allowed to score, and Terry missed the 4-0 win over Blackpool with a rib injury.

10. Petr Cech, Goalkeeper, Chelsea, 5.2/5
Cech is the only keeper in the top 10, but his presence isn’t a huge surprise given the amount of Chelsea defenders already mentioned and the number of clean sheets Chelsea have kept. For the four weeks Chelsea held the opposition scoreless, Cech averaged six points per game (two for appearing, four for not conceding).

To see more information about top performing players, click yourself over to the Soccerlens Fantasy Football Stats Center. We’ll do a preview before week six, but it’s never too early to enter your team and start selecting your eleven. Play at the Silver level to compete for $40 in prize money, Gold for $80 in prize money and Platinum for $200 in prize money.