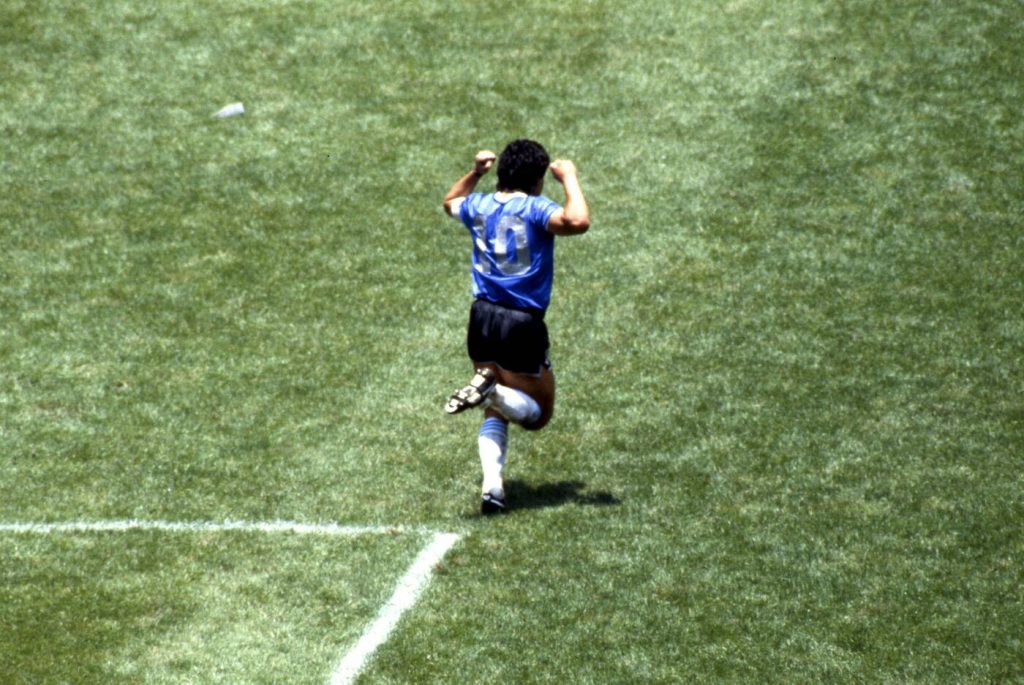 Integrity, sportsmanship and pride. If there are three words that make up the foundation of the sporting world, these would probably be at the top of the list.

All sports are built on a drive to improve, the chance to compete against your peers and the opportunity to build strong bonds with others. To many people, sports are the building block for life.

But for all those that grow and mature through sports, some take things a little too seriously. To those few individuals, losing isn’t an option.

Read on as we take a closer look at the 15 biggest sports cheats of all-time.

The Marathon is a tough event, with one of the biggest ‘playing fields’ in sport. It covers 26.2 miles and leaves lots of opportunities for mischievousness.

Rosie Ruiz is probably the most famous marathon cheat of all-time, having crossed the line first in the 1980 Boston Marathon in a then-record time of 2:31:56. All was not as it seemed, as it was later discovered that she had registered for the race and then jumped out of the crowd close to the finish line.

Ruiz helped to inspire many anti-cheating techniques that are still used today, including extensive video surveillance and RFID chips worn by all runners that monitor the times they arrive at various checkpoints. 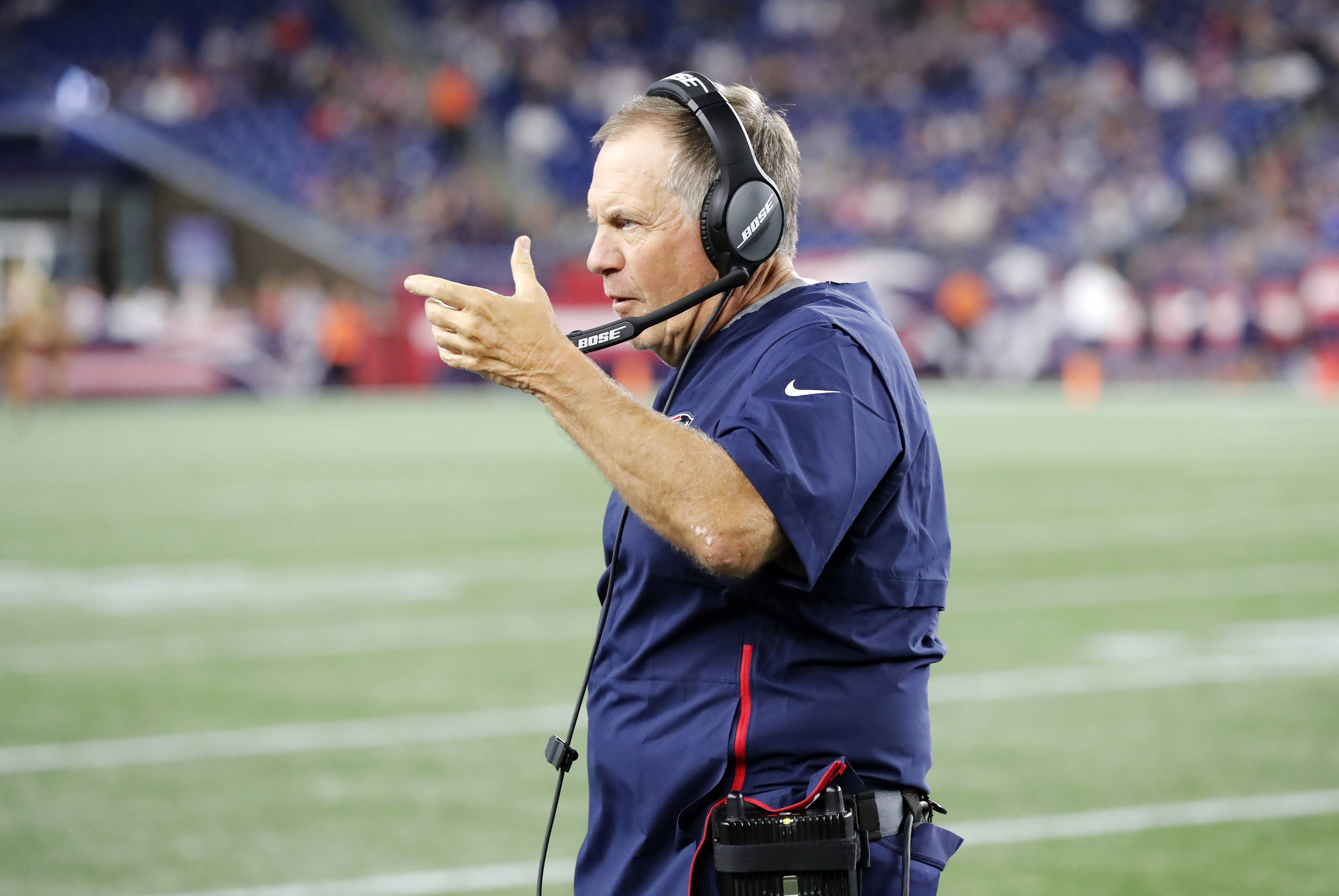 14. Belichick and the Spygate scandal

With six Super Bowl titles on his CV, it is fair to say that New England Patriots head coach Bill Belichick knows a thing or two about winning in the NFL.

However, cheating controversies have dogged his career, with one of the most famous instances coming during a 2007 regular-season game against the New York Jets. The Patriots were caught taping the Jets’ defensive signals – a big no-no in American football.

11. Niekro gets a little scratchy

Joe Niekro pitched in the MLB for over two decades, maintaining impressive longevity by regularly throwing the knuckleball – a pitch that is extremely easy on a pitcher’s arm.

In 1987, he was pitching for the Minnesota Twins when the opposing team accused him of doctoring the ball. The umpire ordered him to empty his pockets, and an emery board and a piece of sandpaper fell to the mound. Niekro was handed a ten-game suspension for doctoring the ball.

Joe’s brother, Phil, reportedly sent Joe a power sander with a 50-foot long extension cord in an attempt to make light of the incident.

10. Fun in the fog for Carmouche

However, Carmouche had taken advantage of the extremely foggy conditions, dropping out of the mile-long race while lost from view and then rejoining the field to gallop to a 24-length ‘victory’. He came within 1.2 seconds of the track record, immediately raising the stewards’ suspicions.

Despite protesting his innocence, he was disqualified and later received a 10-year ban after the other jockeys testified that Carmouche had not passed them. He eventually admitted his guilt and was reinstated after serving eight years of his suspension. 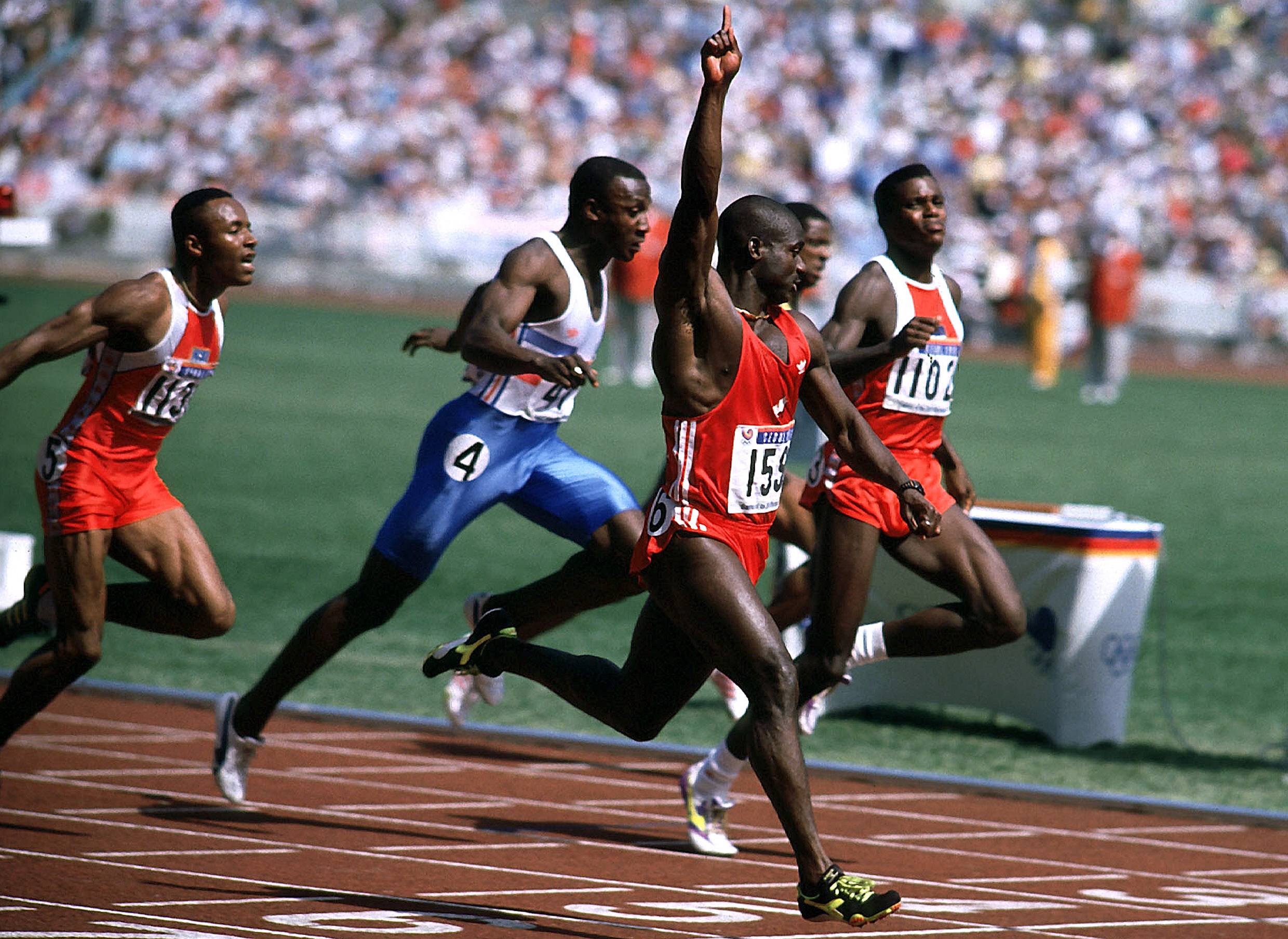 Top-class athletics has long had issues with performance-enhancing drugs, but the situation came to a head in stunning style at the 1988 Olympic Games.

The 100 metres sprint is the glamour event of track and field, and Ben Johnson’s victory over reigning champion Carl Lewis was viewed as a landmark moment for Canada. Two days later, Johnson was stripped of his gold medal after he tested positive for stanozolol, and his record time of 9.79 seconds was deleted.

Of the top five competitors in the race, only former world record holder and eventual bronze medalist Calvin Smith never failed a drug test during his career. The gold medal should have been his.

8. The Harding and Kerrigan affair

Putting aside the debate over whether figure skating is actually a sport for a moment, the 1994 Winter Olympics produced a truly staggering storyline.

Tonya Harding was the 1991 US figure skating champion but became much more famous three years later when her ex-husband smashed rival skater Nancy Kerrigan in the knee. She denied any involvement in the incident and was allowed to compete in the Games.

Harding subsequently accepted a plea bargain in which she pleaded guilty to conspiracy to hinder prosecution. As a result of her involvement in the assault on Kerrigan, the US Figure Skating Association banned her for life. She went on to compete in female boxing and released a sex tape which should be avoided at all costs.

The baseball scandal involving the Chicago White Sox in 1919 is undoubtedly one of the most famous examples of match-fixing by any sports team in history.

The White Sox were heavy favourites to beat the Cincinnati Reds, but rumours of the series being fixed were rampant after huge bets were placed on the outsiders. Eight members of the Chicago team were subsequently found guilty of conspiring to throw the series and banned for life.

Some of the players vehemently denied any wrongdoing, with star outfielder ‘Shoeless’ Joe Jackson particularly vocal during the rest of his life. He was famously portrayed as being an innocent party in the superb 1989 movie Field of Dreams. 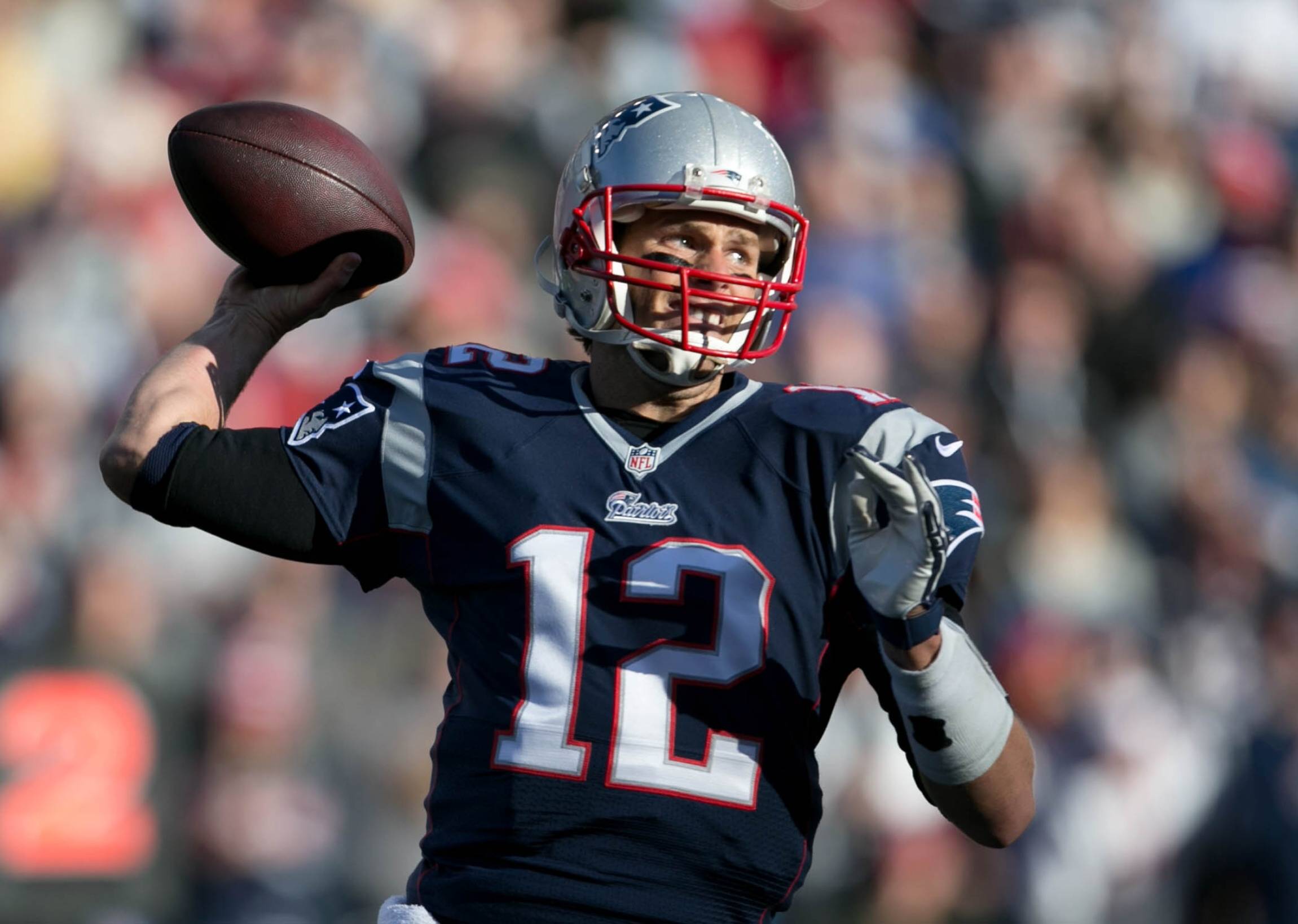 As highlighted earlier, the New England Patriots appeared to learn nothing from the Spygate scandal if their antics against the Indianapolis Colts in the 2014 American Football Conference (AFC) Championship game are anything to go by.

Patriots quarterback Tom Brady was found guilty of ordering the deliberate deflation of footballs used in the Patriots’ victory. The controversy resulted in Brady being suspended for four games, the team fined $1 million and the forfeit of two draft selections in 2016.

The NFL subsequently changed the procedure for monitoring football pressure, preventing any future shenanigans. Despite the negative publicity surrounding ‘Deflategate’, Brady has since won another three Super Bowls to take his career tally to seven.

5. Armstrong turns out to be a dope

Lance Armstrong won the Tour de France a record seven consecutive times from 1999 to 2005 after recovering from testicular cancer. His cycling achievements made him a hero to millions of fans across the world. Unfortunately, he was a massive cheat.

He repeatedly denied any involvement in doping, but a United States Anti-Doping Agency (USADA) investigation in 2012 concluded that Armstrong had used performance-enhancing drugs over the course of his career. He was named the ringleader of ‘the most sophisticated, professionalised and successful doping program that sport has ever seen.

Armstrong eventually admitted his guilt in January 2013, but the damage to his reputation was done. Professional cycling continues to be blighted by doping scandals, with the sport seemingly incapable of cleaning up its act.

The history of boxing has been littered with shady characters, and that description can undoubtedly be applied to Carlos ‘Panama’ Lewis. The lowlight of his career was the 1983 fight between Lewis Resto and Billy Collins Jr, in which Lewis removed most of the padding from Resto’s boxing gloves.

He also soaked the tape that went on Resto’s hands in plaster of Paris, meaning that Resto was basically beating his opponent in the head with a plaster cast for ten rounds. Collins Jr’s vision was blurred after the fight, leading to depression and subsequent death in a car accident that many people believed to be suicide.

Lewis and Resto were both put on trial in 1986 and found guilty of assault, criminal possession of a weapon (Resto’s hands) and conspiracy. Lewis was also found guilty of tampering with a sports contest. He was sentenced to six years in prison and Resto to three years. Collins Jr wasn’t so lucky. 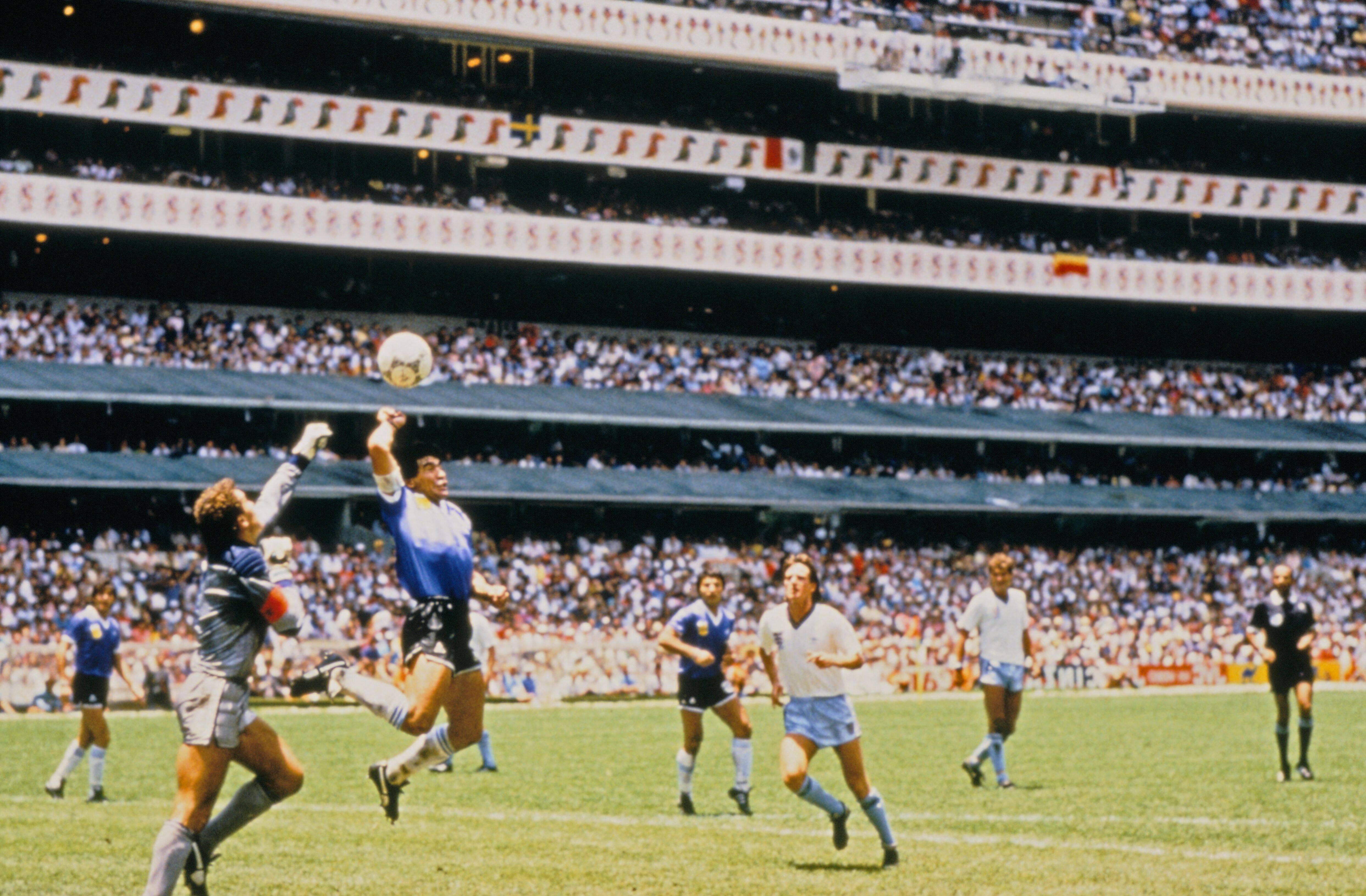 Diego Maradona’s goal six minutes into the second half of the 1986 World Cup quarter-final between England and Argentina is one of the most infamous moments in sporting history. Maradona punched the ball into the goal with his left hand, but the officials failed to spot the infringement.

England goalkeeper Peter Shilton continued to harbour a bitter grudge for years after the incident. He even blasted Maradona for a lack of sportsmanship during an interview about the Argentinian’s death in 2020.

Russia gets the needle

Russia had repeatedly been suspected of running a doping program in sport, and things finally came to a head after the 2014 Winter Olympics in Sochi. The country was found guilty of running a state-sponsored doping program, resulting in a lengthy ban from international competitions.

Russian athletes remain barred from competing at major events under the country’s flag until 2022. The World Anti-Doping Agency (WADA) had originally banned Russia for four years in December 2019, but the Court of Arbitration for Sport (CAS) recently reduced the suspension.

Travis Tygart, CEO of the United States Anti-Doping Agency (USADA), called the ruling a ‘weak, watered-down outcome’, and sceptics remain doubtful whether the issue of doping in Russia has truly been resolved.

It is fair to say that cheating comes in many forms. However, pretending to be disabled to win a gold medal at the Paralympics is despicable by anybody’s standards.

The 2000 Paralympics saw Spain’s basketball team win gold in the “intellectual disability” category. However, it was subsequently discovered that ten of the 12 players in the squad suffered from no mental deficiencies.

Carlos Ribagorda, a member of the victorious team and an undercover journalist, revealed the deception after the Games. The team was officially disqualified and ordered to return the gold medals. A firing squad should also have been ordered. Shameful.