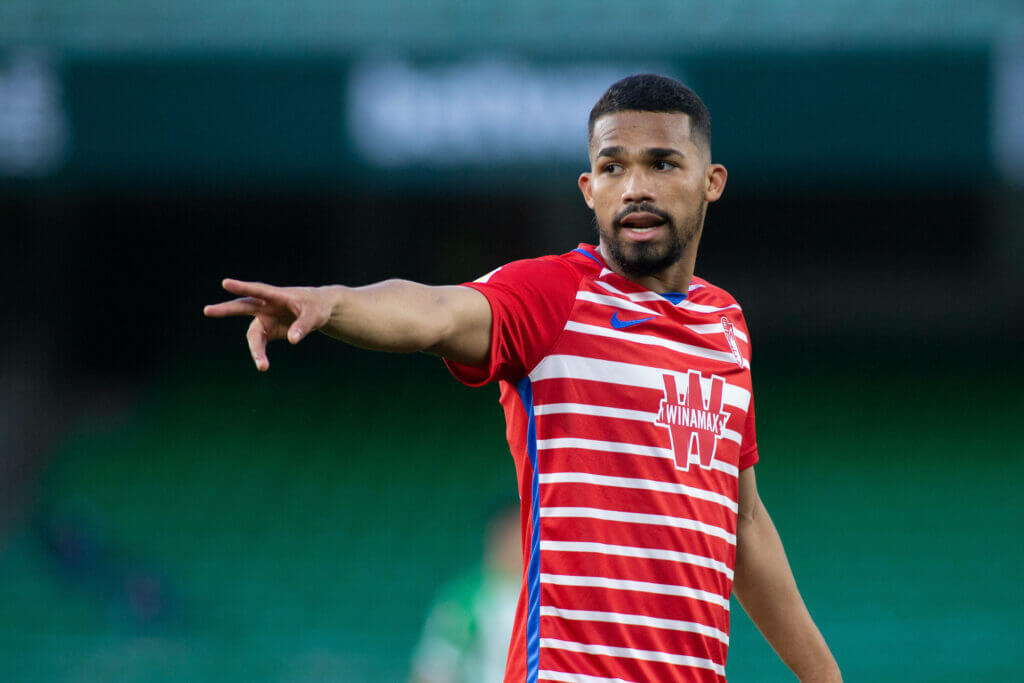 Manchester City hope to boost their transfer kitty by selling a host of their fringe players this summer.

According to reports from the Daily Mail, Yangel Herrera is expected to leave the Premier League champions in the summer transfer window.

City expect to command aroound £20 million for the midfielder after an encouraging season in La Liga.

Crystal Palace, Southampton and West Ham United have watched the 23-year-old, while Atletico Madrid, Valencia and Villarreal are interested in him.

The 21-times capped Venezuela international joined City in 2017, but he is yet to play for the Premier League outfit.

He has been on loan at Granada for the past couple of seasons, having previously spent time with Huesca and New York City FC.

The report claims City are looking to sell several players this summer to raise funds to bring in Harry Kane and Jack Grealish.

After an impressive 2020-21 campaign, West Ham must back David Moyes with funds for the upcoming season.

Bolstering the midfield is a priority for Moyes, with Mark Noble approaching the end of his career.

The Hammers will do everything to keep hold of Declan Rice but will demand a high transfer if he decides to leave.

The Hammers will also feature in the Europa League next season, and they need a bigger squad.

Herrera was impressive in La Liga last season, scoring eight goals, and he would be a smart addition.

Read: West Ham have completed the signing of Pierre Ekwah from Chelsea.