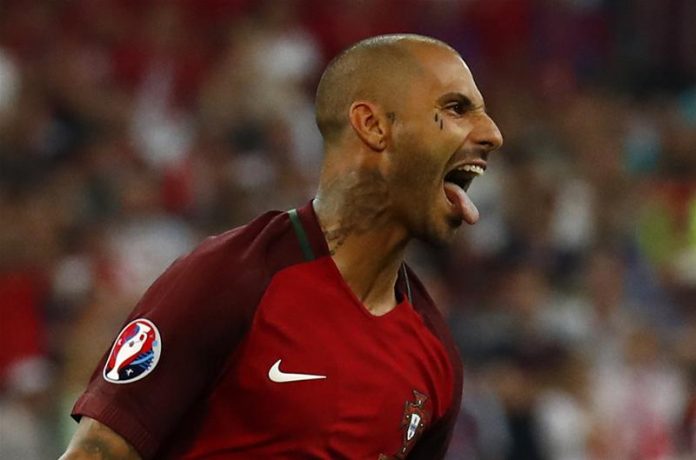 Portugal have not a won a single game in 90 minutes so far and yet they are through to the semifinals of Euro 2016. Ricardo Quaresma was the hero again as he kept his cool from the spot to send Portugal through to the last four against Poland on Thursday night in Marseille.

On performance alone, Poland and not Portugal should have been in the last four. They have created better chances and more clear cut goal scoring opportunities. It was an entertaining and open game and it’s shocking to believe the game went to penalties after ending 1-1 after 120 minutes. Polish players have already made their country proud but they must be fuming with themselves for letting such a golden opportunity of moving to the semifinals pass by.

In the end, Jakub Blaszczykowski, who scored two crucial goals in the tournament and took his country this far, missed his spot kick, as Portugal snatched a semifinal berth. Despite being far down the list of betting favourites with LeoVegas Sportsbook for Euro 2016 when the tournament kicked off, Portugal are two good performances away from winning the title.

Poland started the game brightly and when Robert Lewandowski scored in the opening two minutes it felt like the missing pieces finally have started to come together for them. Kamil Grosicki played in a brilliant pass from the left and Lewandowski took his shot superbly to score his first goal of the tournament. It was also the second fastest goal in the history of the competition. The Bayern Munich superstar had four meaningful shots on target and should have put the game beyond doubt with those chances.

The other key players all played a nice supporting role. Arkadiusz Milik, despite his poor finishing skills, was looking to create for others while the industrious Grzegorz Krychowiak had been simply outstanding. He has been one of the ‘stars’ of Euro 2016 and it’s really unfortunate that his excellent performance has been overshadowed by the minor deflection he took for Renato Sanches’s shot that lead to the equaliser.

The central pairing of Glik and Pazdan hardly allowed Cristiano Ronaldo and co to penetrate the defence and Portugal were left shooting from distance. Apart from the Sanches’ strike and Ronaldo’s late chance to grab the winner, Portugal were largely ineffective throughout the night. However, they deserve a huge credit for keeping their nerves steady during the penalty shootouts with their skipper Ronaldo leading the way as he took the first kick and scored.

Poland have their own attack to blame. They have been wasteful throughout the course of the tournament and the recurrent theme was observed in the quarterfinal as well. They have played well, won the hearts, but the story could have been a lot different had their strikers been clinical in front of goal.

As for Portugal, they move into the last four without winning a single game convincingly. We can blame the format as much as we like but the truth is they held their nerve while the others didn’t. It’s hard to imagine they’re only two strong performances away from lifting the trophy.