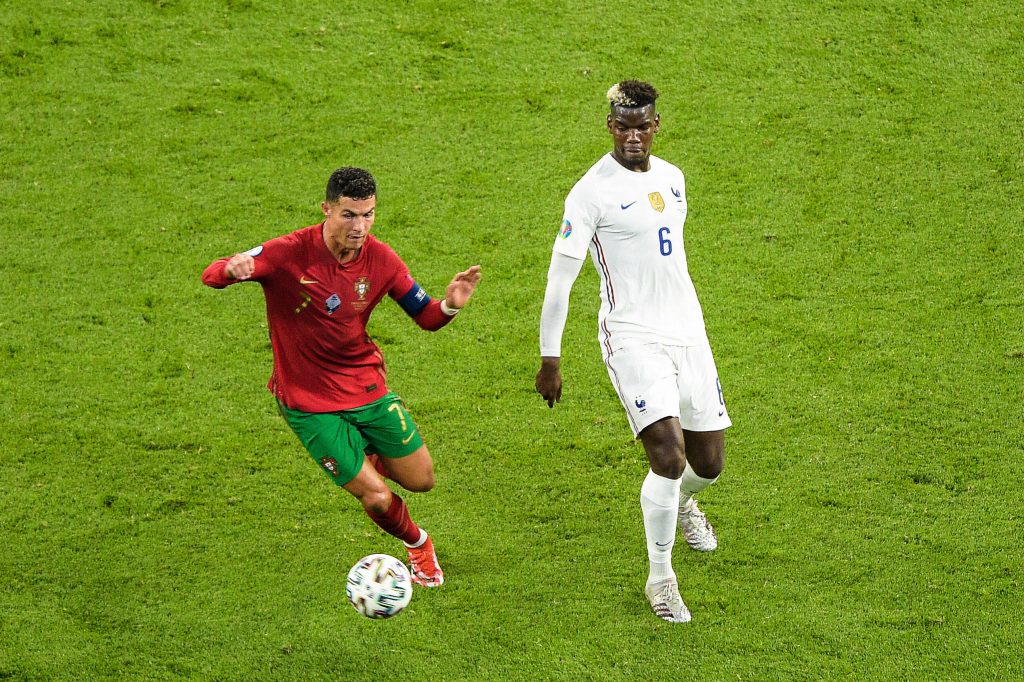 The Euro 2020 group stages have come to a close, and it’s just a short wait before the knockout rounds begin.

The opening two weeks of action have been nothing short of enthralling. We’ve seen some incredible goals, great drama, and an inexplicable amount of own goals. What’s not to love?

Here is our best XI from the group stage.

Lukas Hradecky (GK) – Hradecky can count himself unlucky to be going home early, having put in some excellent performances in the last three games.

He kicked off his tournament with a crucial penalty save in the 1-0 win over Denmark and followed this up with another good performance in the 1-0 defeat against Russia.

His final game was impressive but ended in heartbreak. He made several brilliant stops to keep Belgium at bay but scored an unlucky own goal to spoil his clean sheet.

Nonetheless, it was a brilliant performance and a good tournament overall for the goalkeeper.

Denzel Dumfries (RB) – Not much was known about the PSV Eindhoven man aside from how much pace he has on Ultimate Team, but Dumfries has made an explosive start to the tournament.

He was crucial to the 3-2 win against Ukraine, playing a huge part in the first two goals and scoring a late winner.

He followed this up with another fantastic display against Austria, winning a penalty and tapping in a second. And in the final game of the group stages, he helped his side to a clean sheet.

Leonardo Bonucci (CB) – Italy are just one of two sides who are still yet to concede a goal at the tournament so far, and Bonucci has been a huge part of it.

The veteran has let very little past him at the back, ensuring that goalkeeper Gianluigi Donnarumma has had almost nothing to do.

On top of this, his passing out from the back has been excellent, helping his side dominate and control games.

John Stones (CB) – The other team who have kept three clean sheets in a row is England, shutting out Croatia, Scotland and Czech Republic.

Stones is the only defender to have played in all three games and has severely limited the opposition in terms of clear cut chances.

Jordi Alba (LB) – Spain haven’t been the most clinical side at the tournament so far, but they’ve provided plenty of attacking threat, and Alba has been a huge part of that.

The pacey left-back has played a similar role to the one he does at club level, bombing down the wing and getting into dangerous areas. This is how he got his assist for Pablo Sarabia against Slovakia.

In addition, he has been part of a defence that has conceded just once.

Paul Pogba (CM) *PLAYER OF THE GROUP STAGE* – Pogba tends to divide opinion among spectators, but he tends to really shine on the international stage.

This summer has been no different. The Manchester United man has been at the heart of things for France, controlling games from start to finish.

His strength on the ball, composure, vision, and exceptional passing range has seen him become one of the standouts of Euro 2020 so far.

Kevin De Bruyne (CM) – There were genuine fears that De Bruyne might miss the tournament following his injury in the Champions League final. But thankfully, he is participating and is playing some of his best stuff.

The Belgian has featured in two games and has been the star of the show in both of them.

He kicked off his summer with a goal and an assist off the bench to win against Denmark and got himself another assist against Finland in the final group game.

Georginio Wijnaldum (CM) – Some of Europe’s biggest clubs were chasing Wijnaldum this summer upon the expiry of his contract, and he is showing us all why.

The 30-year-old has formed a wonderful partnership with Frenkie de Jong in midfield, which has been crucial to Netherlands’ 100% record.

Wijnaldum himself has bagged three times, including a brace against North Macedonia.

Netherlands are currently the top scoring nation at Euro 2020, and Barcelona’s latest signing has been a huge part of that.

He has scored twice, assisted one, and also had a big hand in two more.

Cristiano Ronaldo (ST) – Is it any surprise who the competition’s top scorer is?

Yes, three of them were penalties. Nonetheless, five goals and one assist in three games is a brilliant return, especially when you consider the level of opposition he’s had to face.

With just one more goal, Ronaldo would become the outright all-time top goalscorer in international football.

Robert Lewandowski (ST) – Poland exited Euro 2020 early after racking up just one point from their three group stage games. However, Lewandowski can say that he did all he could.

Despite feeding off scraps for most of the tournament, the prolific Bayern Munich striker managed to find the net on three occasions.

He headed in an unlikely equaliser against Spain and managed a brace against Sweden, which almost took his side to the knockout phase.

Read also: Euro 2020 Best XI from Round 3: Pogba and Dutch duo shine, but Modric rules all.