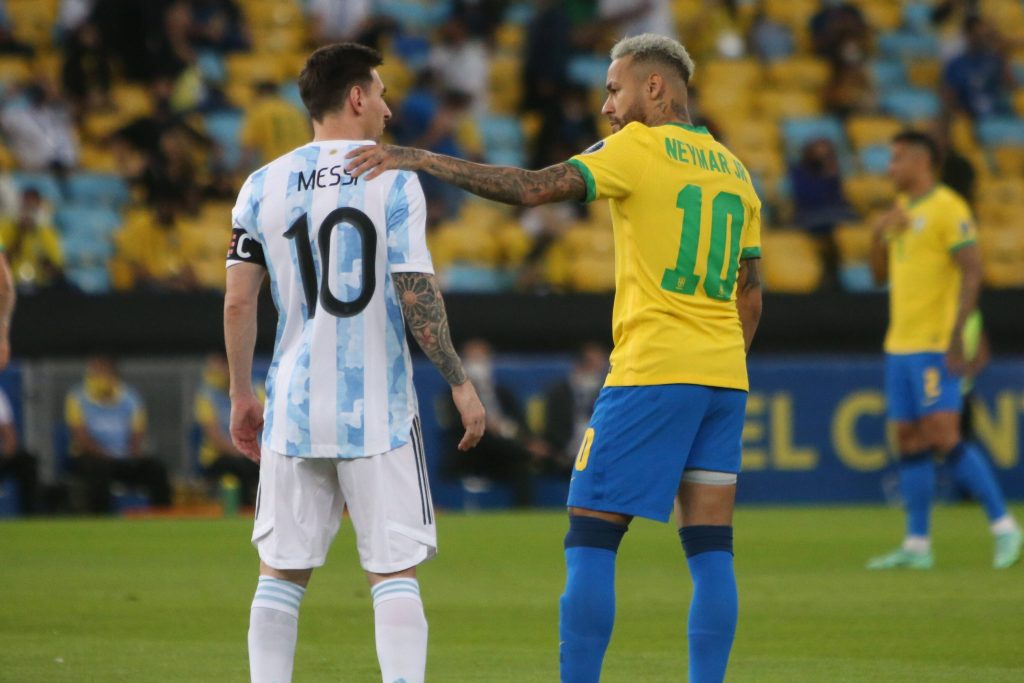 It feels like the new season has barely begun, but it’s already time for our first international break.

The international break isn’t always popular, with many fans just wanting to get on with the club season.

However, there are still some cracking fixtures in the pipeline. Here are five games that are worth keeping an eye on.

There is still some club football on in the lower leagues of English football. In fact, we’ve got one of the tastiest possible games outside of the top two tiers.

Five games into the League One season, and Sheffield Wednesday and Sunderland currently occupy the automatic promotion spots.

Following a miserable few years, the Black Cats are on course for a return to the Championship. They’ve won six of their opening seven games in all competitions, scoring 13.

Striker Ross Stewart is the man to look out for, with his four goals making him League One’s current joint-top scorer.

But the Scotsman will be facing up against an Owls defence that has been almost impenetrable.

From their six games this season, Darren Moore’s side have conceded just once – and it was an own goal.

It should be a fascinating game.

Italy are back in action for the first time since their Euro 2020 triumph. If they can remain unbeaten over the next two weeks, they will have gone three years since their last defeat.

The Azzurri have made a perfect start to their World Cup qualifying campaign, defeating Northern Ireland, Bulgaria and Lithuania without conceding a goal. However, their toughest test is yet to come.

Switzerland enjoyed an admirable campaign over the summer, reaching the quarter-finals.

They pulled off one of the shocks of the tournament, coming from 3-1 down to eliminate favourites France on penalties.

Former manager Vladimir Petkovic also guided his side to a 100% record in their first two qualifiers.

It will be interesting to see whether new boss Murat Yakin can maintain this form.

These two met in the group stages of Euro 2020, with Italy comfortably winning 3-0. This time around, Switzerland will be out for revenge.

If European football isn’t your thing, perhaps this clash between two South American giants is more for you. Brazil meet Argentina in a repeat of the Copa America final.

CONMEBOL World Cup qualifiers can be intense. In 2018, double Copa America champions Chile missed out, and Argentina had to rely on a Lionel Messi hat-trick to take them to Russia.

The Selecao have been flawless in qualifying, winning all six games, scoring 16 goals, and keeping five clean sheets.

The form book suggests a home win, but it isn’t that simple. After all, Brazil will still be scarred from their Copa America final defeat to Argentina on their home turf back in July.

Both sides will be without players from the English leagues due to Brazil being on the UK’s COVID-19 red list.

The hosts will be missing the likes of Thiago Silva, Roberto Firmino, Alisson and many others, while the visitors will not have Cristian Romero and Giovani Lo Celso.

Neither Ivory Coast nor Cameroon managed to qualify for the 2018 World Cup. Both will be out to rectify this in 2022, but only one can make it.

Two of Africa’s most successful footballing nations were drawn against each other in the second round of the qualifiers, along with Malawi and Mozambique.

The superstars of Samuel Eto’o and Didier Drogba may not be around anymore, but there is still plenty to get excited about.

In addition, this game could give us an idea of what’s to come at the Africa Cup of Nations, which kicks off in January.

Back to Europe now, as Poland face England.

The pair had very contrasting fortunes in the summer. England were just two spot-kicks away from winning the tournament, while Poland crashed out in the group stages.

Despite their heartbreak at Wembley, the Three Lions will be in high spirits going into this game.

They are unbeaten in regulation time in their last 13 outings, keeping ten clean sheets in that run. This includes victories in their first three qualifiers.

As for the home side, they haven’t made the ideal start to their qualifying campaign. They currently sit in fourth place – behind England, Hungary and Albania – having picked up four points from their first three.

Star man Robert Lewandowski is 33 now. The upcoming World Cup in Qatar could be his last one. Having never scored at a World Cup before, he will be desperate to qualify this time around.

The pair already faced each other back in March. England won 2-1, thanks to goals by Harry Kane and Harry Maguire.