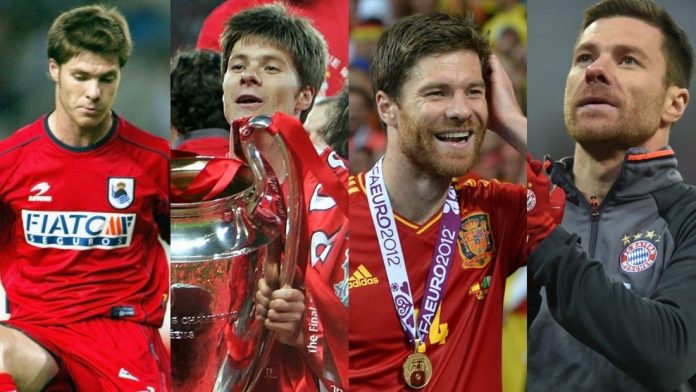 Bayern Munich midfielder Xabi Alonso has announced that he will retire at the end of this season.

The 35-year-old midfielder confirmed his decision on Twitter this afternoon. Bayern Munich have also released a statement thanking the Spaniard.

Lived it. Loved it.

Bayern would like to thank a great player and person for representing Bayern to such a high standard both on and off the pitch. Xabi Alonso is one of the greats of world football. He has won everything there is to win during his career. He’s a thoroughly remarkable person, and a gentleman of the game.

Widely regarded as one of the best central midfielders of his generation, Xabi Alonso has won most trophies at club level with Real Sociedad, Liverpool, Real Madrid and Bayern Munich.

Alonso is remembered fondly by the fans of every club he has played for. However, he remains a cult hero at Liverpool. The Spaniard is still considered a legend around Merseyside.  He helped Liverpool win their fifth Champions League trophy and then went on to win the La Decima with Real Madrid. Alonso was also instrumental in Spain winning the World Cup and the Euros.

Alonso stated that this the right moment for him to bow out at the highest level. The midfielder also claimed that he would like to end the season on a high with Bayern Munich. He has already won the title with the Germans and perhaps he would like to finish it off with a Champions League trophy.

It wasn’t an easy decision to make, but I believe it’s the right time. I always thought it would be better to quit sooner rather than later. I still feel good, but I believe this is the right moment. I wanted to end my career still at the highest level, and Bayern is the highest level. I’m incredibly proud and happy to play for FC Bayern and to be a part of this family. I’ve experienced so much as a player with Real Sociedad, Liverpool, Real Madrid and Bayern Munich. They are all great clubs. And of course, with the Spanish national team. I never would’ve thought I’d have such a great career, and I hope there’s more to come before it ends.