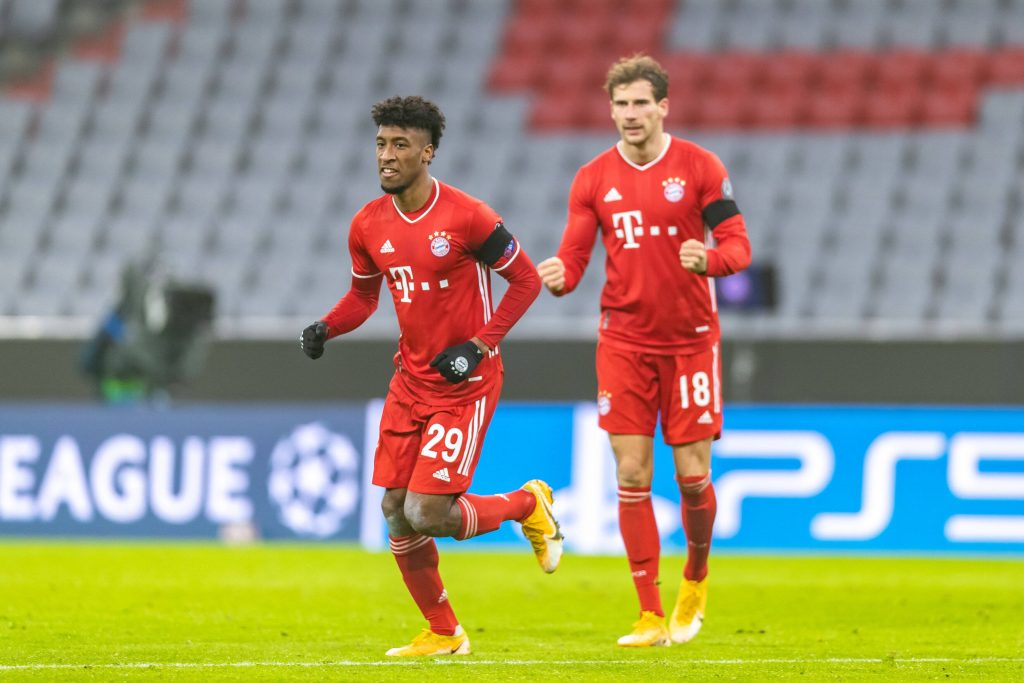 Bayern Munich CEO Oliver Kahn is “optimistic” that stars Kingsley Coman and Leon Goretzka will renew their contracts at the Allianz Arena.

During that time, he has helped the club achieve incredible success, winning six Bundesliga titles, three DFB Pokals and a Champions League.

The France international has had his time at the Bavarians severely impacted by injuries.

Nonetheless, he has still impressed, scoring 32 goals in 140 appearances – including the only goal in the 2019/20 Champions League final against Paris Saint-Germain.

As for Goretzka, he moved to the German giants three seasons ago on a free transfer following the expiry of his contract at Schalke.

He has made 112 appearances for the club, scoring 25 times and winning six major trophies.

However, Bayern Munich face a major problem with both players. Goretzka is out of contract next summer, while Coman has just two years left.

Neither seems to be eager to sign a new deal, leaving them at risk of leaving the club on the cheap.

But this has not fazed CEO Oliver Kahn, who has insisted that talks are progressing smoothly.

Speaking to the club’s official website, Kahn said: “We are in contract talks with Leon Goretzka or Kingsley Coman. Top players want to be paid accordingly. We are not naive.

“We are in very, very good talks, and I am very optimistic. We at FC Bayern have a great package to offer.

“Here, you can help shape an era. We have absolute professionals at all levels.”

Coman has been strongly linked with a move to the Premier League, with Liverpool said to be interested.

Manchester United were also named as a possible destination, although it seems unlikely following the arrival of Jadon Sancho from Borussia Dortmund.

The Red Devils have also been touted for a move for Goretzka should they fail to tie Paul Pogba down to a new contract.

The Frenchman also has just a year left on his current contract, and it remains to be seen whether he will continue at Old Trafford.

Man Utd will certainly not want to lose one of their most valuable assets for free, given that they paid a then-world record fee for him five years ago.

As a result, he may be sold this summer while he still has value.