There’s a bit of a strange hush falling across the planet today, as we face the first football-less day in nearly three weeks – and I tell ya, it just don’t feel right.

However the good news is, although the action itself is taking a brief hiatus, there are still plenty of happenings and hoo-ha to keep you abreast of!

Gerardo Martino‘s side stuck away all of their penalties to emerge victorious from the first shoot-out of the 2010 World Cup.

The game itself was terrible. All 120 long, miserable minutes of it.

Both teams laboured to create any chances of note, and when opportunities did arise – the finishing and/or approach play on show left a lot to be desired.

Japanese midfielder Daisuke Matsui was responsible for the game’s standout highlight, when he crashed a first-time effort against the Paraguayan cross bar from all of 25 yards.

Even as the tie entered extra-time, neither side was willing to gamble and penalties looked increasingly inevitable – as they had begun to do so from as early as the closing minutes of the first-half.

Both Paraguay and Japan were bidding to reach the semi-finals of a World Cup for the first time in their history and, when Oscar Cardozo rolled home his country’s fifth consecutive spot-kick, it was the South Americans who eventually entered their names in the record books.

“The players and the bench were united and showed the world the potential of Japanese soccer. I sincerely congratulate their efforts.”

The reigning European champions booked their place in the last 8 courtesy of yet another decisive goal from golden-boot candidate David Villa – the Barcelona striker’s fourth of the tournament so far.

Once again Spain monopolised the possession during the first-half, endlessly looking to create thoroughfares for themselves by pulling the Portuguese defence out of position with slick, short passing – but Carlos Queiroz‘s side, despite not seeing as much of the ball, created just as many chances to seize the lead.

Casillas could only scoop the Portuguese midfielder’s powerful shot high into the air, and then had to scramble clear at the second attempt after being put under pressure by rangy forward Hugo Almeida.

Vicente Del Bosque‘s men also had their fair share of opportunities to nudge in front, Villa stinging Eduardo‘s fingertips with three near-identical shots and Fernando Torres going close on a couple of occasions before fading badly as the game progressed.

Spain were lucky not to concede almost directly after the restart, when Almeida’s aimless cross clipped Carles Puyol‘s shin and span up and over Casillas, only to bobble just wide of the far post.

Soon after, the struggling Torres was replaced up-front by Fernando Llorente and the Athletic Bilbao striker nearly broke the deadlock with his first touch, but instead failed to guide his point-blank diving header past Eduardo.

Spain then pressed determinedly, and finally got the goal their enterprise deserved when Villa, after seeing his initial effort saved, clipped the rebound in off the underside of the crossbar.

Portuguese ‘keeper Eduardo, who has an impeccable international record, then produced fine saves from Sergio Ramos and Villa late in the game – but a single goal eventually proved to be the crucial difference between the Iberian rivals.

A minute from time, Portugal were reduced to ten men, when Ricardo Costa saw red for an innocuous off-the-ball ‘clash’ with Joan Capdevila. 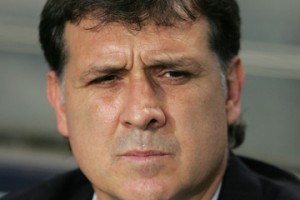 After their dire quarter-final shout-out victory over Japan, Paraguayan coach Gerardo Martino insisted his side ‘deserved to win’ – due to their prevailing willingness to attack (although you could have fooled me!).

“It’s never nice for a match to be decided in this way [penalties] but I think we sought the win a little more. I think we were lucky in the penalty shoot-out, that made the difference.”

Martino accepted that the game wasn’t the spectacle it perhaps should have been but, with so much riding on it, he also understands that both teams  had adopted cagey tactics with good reason;

“Perhaps it wasn’t the match people wanted to see but I don’t think either team has anything to reproach themselves for.

When you look at how the players played, the solidarity they showed, their enthusiasm, their will to make the history books, both teams did it the same way.

To speak of an achievement in getting to the quarter-finals is all right, but to consider this my greatest achievement is, I think, a bit premature.”

After seeing off Japan, the Guaranies will now face Spain in the last 8 of the World Cup.

Okada may step down… 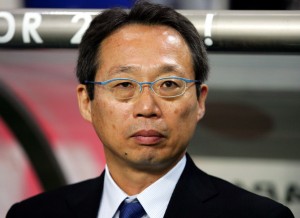 It is an altogether different story in the Japanese camp, as their World Cup second round defeat has left coach Takeshi Okada (who, pre-tournament, had targeted a place in the semi-finals) considering his future at the helm;

“I don’t think I have anything left to do now, probably. It’s my responsibility, we did not insist enough.

When I look back at what I could have done for the players and what I did as a head coach I should have been more insistent on winning.”

Okada has taken full responsibility for his team’s shortcomings, insisting that none of the blame lies with his players – who did themselves, and their country, proud;

“They represented Japan and also Asia as a whole and they played until the end so I’m proud of them.

I was not able to make them win, that’s my responsibility, I did not make them eager enough.”

And here’s me thinking they did quite well. 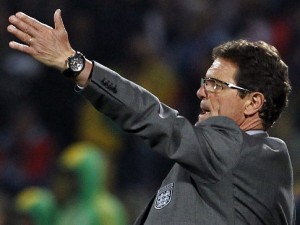 Football Association board member Phil Gartside (who is also the chairman of Bolton Wanderers) has broken ranks and come out in support of under-fire England coach Fabio Capello.

After his side’s dismal showing at this summer’s World Cup, Capello is facing pressure from all and sundry to step down – but it would appear that Gartside (and others on the FA board) are in favour of retaining the Italian as coach, telling BBC Sport that England ‘have the right man’.

The Trotters chief is also reported to have insisted to the Beeb that Capello is not to blame for England’s failures in South Africa and that at least two other members of the 11-man board are openly backing the 64-year-old tactician to see out his two-year contract extension;

“It’s not his fault. He’s done a good job, he needs to get on with it. I hope he stays and I think he will stay.

It’s not about the money. We have to be strong. It’s not the fans who have an issue, it’s the press.”

Despite telling a press conference on Monday that he intends to stay on as England coach, Capello now faces an anxious two-week wait as the FA deliberate on his immediate future.

One of the strong potential candidates to replace Capello, Roy Hodgson, has officially ruled himself out of the running – and is fully expected to be appointed as the new Liverpool manager by the end of the week. 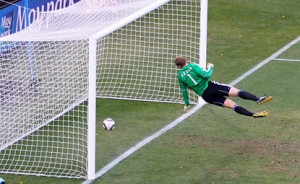 The Uruguayan officials that disallowed Frank Lampard‘s ‘goal’ against Germany have been sent home by FIFA, after president Sepp Blatter was forced to apologise to the English FA for the decision.

Referee Jorge Larrionda and his assistants Mauricio Espinosa and Pablo Fandino have been told that they will not be retained for the quarter-final stages and beyond, following their inexplicable call to scratch Lampard’s effort – despite the ball clearly bouncing a yard behind the goal-line.

What a thoroughly detestable human being.

After losing out to Spain last night, prissy diva Cristiano Ronaldo responds to defeat in the only way his miopic ego can fathom – by spitting at a cameraman.

Given his shooting accuracy in South Africa, he probably drove his flob miles over the cameraman’s head anyway!

Speaking of CR7, consider this… 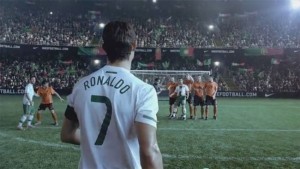 Cristiano Ronaldo, Franck Ribery, Wayne Rooney, Didier Drogba, Fabio Cannavaro and, to a lesser extent, Ronaldinho and Theo Walcott. What do all these players have in common?

Well, firstly, they were all part of a ‘certain sportswear company’s’ million-dollar star-studded ‘Write The Future‘ pre-World Cup advert campaign.

Secondly, they’ve all been abjectly rubbish/utterly disappointing during their time in South Africa, and that’s if they even made it to the tournament to begin with!

The execs of a ‘certain sportswear company’ must be kicking themselves! All I’ll say is that Gael Garcia Bernal better start sleeping with one eye open.

Could it really be a curse?

“Having seen the England games, I genuinely believe had Scotland been there, we would have done at least as well with the team we have at the moment and the manager we have.”

It looks like the incident that saw a fan breach security and enter the England dressing room after the Algeria game may have been a tabloid hoax. Sunday Mirror (who else?) reporter Simon Wright has been arrested after allegedly orchestrating the stunt. (BBC)

The inventor of the ‘Hawk-Eye’ replay system used in cricket and tennis, Paul Hawkins, has claimed that the technology could easily be utilised within football, and would be ‘100% accurate and effectively free’ for Premier League teams to install. (F365)

The next upcoming (Friday 2nd July) round is as follows: