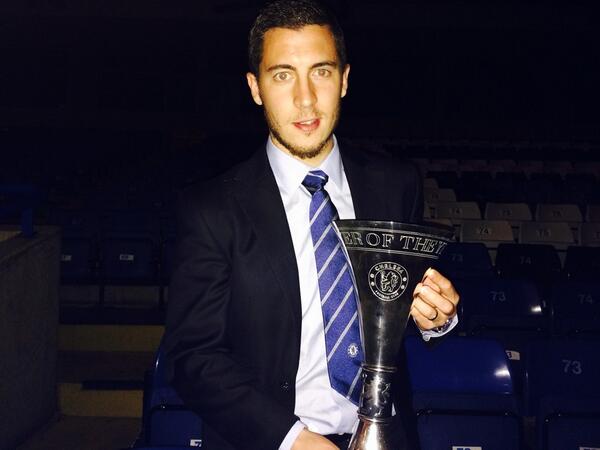 Eden Hazard is set to sign a new £200,000-a-week contract at Chelsea that will make him the highest paid player at the club.

Hazard, who joined from Lille in 2012 for a reported fee of £34m has scored 34 goals for Chelsea so far and has been given the #10 shirt this season, which was vacated by Juan Mata last January.

Hazard was a reported target of several European heavyweights like Real Madrid and PSG this summer. Back in May, French magazine Le 10 Sport even suggested that the French champions were considering the options of a swap deal for the Belgian, with Uruguayan striker Edinson Cavani going the other way.

The 23-year-old has a contract till 2017 but Chelsea are thought to have offered a five-year-contract in order to fend off interest from potential suitors.

Hazard, who has won the PFA Young Player Of The Year award last season, is expected to sign his new contract in the coming weeks. He would follow his team-mates Cesar Azpilicueta and Thibaut Courtois, both have signed a five-year-contract recently.

Hazard would approximately double his salary at Chelsea and it only reflects that how much the Belgian is valued at the London club.