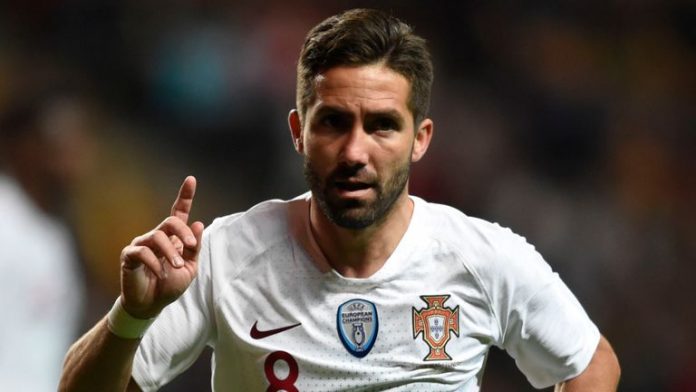 Wolverhampton Wanderers’ signing of Joao Moutinho from Monaco for £5 million could easily be the deal of the summer.

The 31-year-old follows Portugal goalkeeper Rui Patricio to Molineux and he is expected to partner compatriot Ruben Neves in midfield.

With 113 caps, Moutinho is Portugal’s third most-capped player behind Cristiano Ronaldo (154) and Luis Figo (127) and helped them win the European Championships in 2016.

“It was one of my objectives to play in the Premier League,” said Moutinho.

“I hope to help the club achieve their objectives.

“I am very excited, it is a new experience with a great club and I want to help the team, the players and club to progress.

“I know it’s very difficult with big teams in Premier League but our mentality – my mentality – is to play every game to win and I hope with my experience and my quality as a team we can achieve our goals and our objectives.

“This club is a big club and a very good project and have players I know very well.”

An intelligent player, Moutinho will provide Wolves with leadership in midfield. More importantly, his presence at the club shows that they mean business and will help them attract other players.

Neves will undoubtedly benefit from working with Moutinho, making his signing a real no-brainer. £5m? A steal.

“I want my dreams to become a reality here at one of the biggest clubs in England.”

Richarlison on completing his move from Watford to Everton in a deal that could be worth up to £50 (FIFTY) million.

More money down the drain? He thinks so.

He agrees (PS: too many hashtags mate).

Absolute madness for richarlison to sign for Everton for up to £50 mil but Barcelona snap up Malcom for £36.5mil underneath Roma’s nose , crazy !! I know who’d is rather have in my team #transfers2018 #barca #roma #everton #watford #football #bussiness #openmarket

Would pay good money to see him prove it.

Pahahaaa..50 mill? Really? Jesus, I’m 50 years old and have dodgy knees but I’m still worth more than this chump.

They should be working, not disussing football.

Just walked into Aldi on old Kent road. Security and check out girl are laughing about the fee Everton just paid for Richarlison.

He’ll not sell as many shirts either.

Richarlison cost half the amount of CR7.. try getting your head round that ???

Even Arsenal fans find Richarlison’s signing funny and they once bought Francis Jeffers.

Live scenes from Vicarage Road as Watford get 50m for Richarlison pic.twitter.com/5Dn3EHwa18

Miles Kane has released a brutal new video for his latest single ‘Cry On My Guitar’. The James Bond inspired video sees Kane take on WWE wrestler Finn Balor. There’s got to be easier ways to make a living!

Ross Barkley’s move to Chelsea hasn’t worked out for him so far, but his impressive performance in a pre-season frinedly in Australia raised a few eyebrows.

With a full pre-season under his belt, Barkley could flourish under new manager Maurizio Sarri. A fit and firing Barkley would also give England boss Gareth Southgate a welcome selection headache.