The Community Shield the final game of pre-season. It’s around this time where the excitement of the new season starts to really heat up. Whether your Blackpool looking forward to playing your first Premiership game or whether your Chelsea looking forward to kicking off your defense of the Premiership title, it’s all the same, your just itching for the weekend to come and start a 9 month cycle which is sure to be filled with hope, joy, anxiousness, fear, and you just hope to come out of with a smile knowing your team have done well.

This is where the real fans kick in, the ones that watch every game, the Premier league may be the bread and butter, but for many of us it’s the nicest bread and butter you could have. It’s a time to forget about World Cups, European Championships or anything else that may have gone on during the summer.

Now don’t get me wrong the World Cup is a great spectacle, but its a spectacle, it gets the world attention, non-football lovers even get caught up of it. Its like the Ryder-Cup in golf, I don’t watch golf, you’ll never see me watching a tournament, but when the Ryder-Cup comes around I get really into, and then forget about golf for another two years.

It’s the same with the World Cup, people really get into national pride and supporting your country and get really enthralled into the competition, however really into a football quality sense, the World Cup isn’t that great.

Everyone gets excited about it, but when it’s over most of the time you sit there thinking, ‘what was so great about that?’ That’s when for me you really get excited about the new league season, the World Cup and European Championships are a welcome break, but its nothing compared to the 38 game season of league football to us football lovers.

Given the chance to watch an international game or a Premiership game, I’d chose to watch the Premiership game every time. International football for me lacks something, its lack the banter you can have with your rivals in a Premier League game. Yes there is rivalries in International football, for example Brazil v Argentina, England v Argentina are two, but you could be waiting years for the two teams to play each other. While in the Premiership your going to see one every week, whether its Manchester United v Liverpool, Arsenal v Tottenham or Aston Villa v Birmingham, rivalries are what make football so great.

So lets all rejoice because ‘proper’ football is returning to us, and strap in and prepare for the roller-coaster ride of the English Premier League. 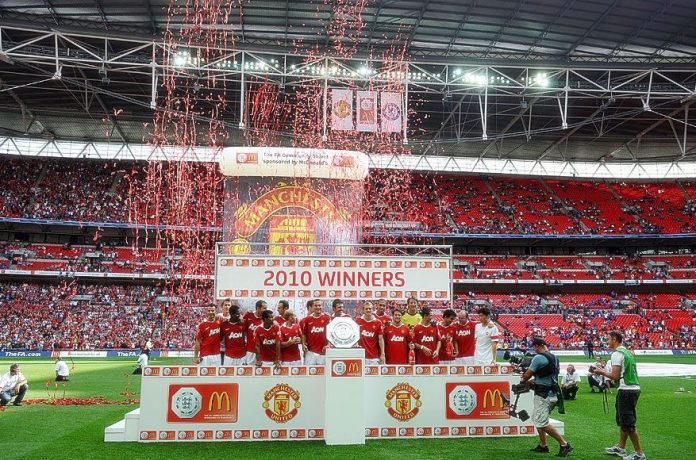