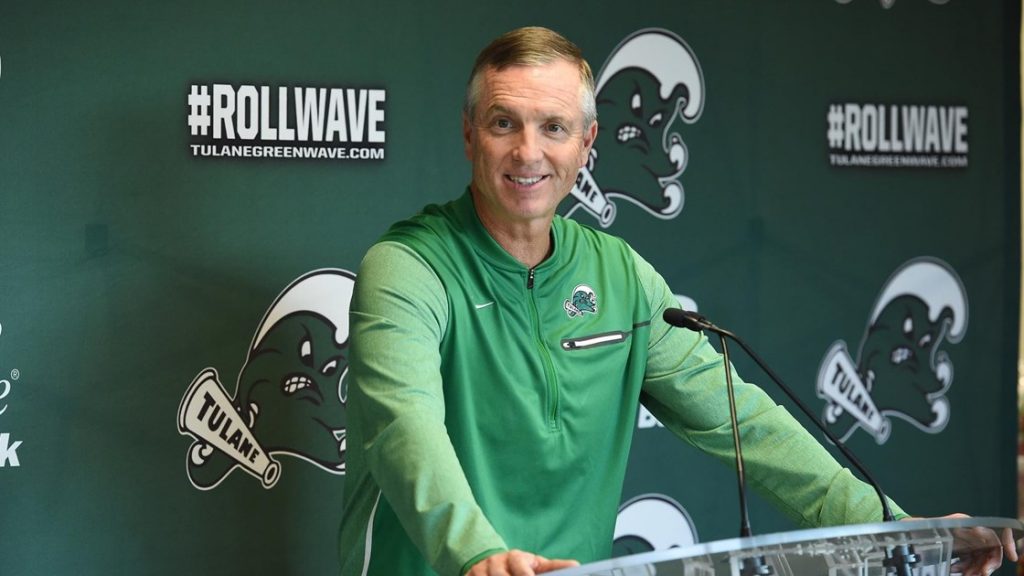 While there is a lot of talk about the top of the week eight Top 25 AP Poll with Alabama’s loss to Tennessee, it seems something at the bottom of the rankings is being forgotten about. Tulane has not been ranked in the NCAAF since 1998, and a majority of their students were not even born the last time the Green Wave was in the college football top 25. But that all changed on Sunday after head coach Willie Fritz guided Tulane to yet another victory this season.

Tulane Green Wave head football coach Willie Fritz has performed something of a miracle with his football program this year. The Green Wave went 2-10 last season, but Fritz has somehow turned that into a 6-1 start to the year and a top 25 ranking for the school for the first time since in 1998 in 2022.

Tulane’s sole defeat was a three point loss to Southern Mississippi in a season that has seen them take down Kansas State and Houston. After a 45-31 win over South Florida on Saturday, Fritz and Tulane were rewarded with a place in the Top 25 AP Poll.

Fritz has been there since 2016 and this has the potential to be his best year yet. His best record so far of 7-6 looks set to be passed as Tulane eye up a conference championship. They host Memphis on Saturday and are currently seven point favorites.

Changes At The Top

While Tulane will be happy to squeak in the top 25, there are other teams who will not be happy with their rankings towards the top. After Alabama’s loss to Tennessee they slip to sixth in the rankings. That puts them outside the CFP spots.

Clemson drops to five after Michigan leapfrogs them with a big win over Penn State. Tennessee’s win over the Crimson Tide sees them up to third in the AP Poll.