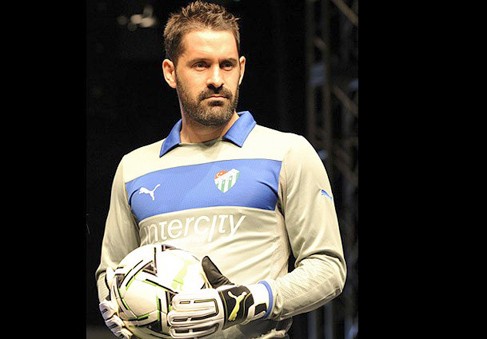 Scott Carson, currently playing for Turkish side Bursaspor, looks set to sign for newly-relegated Championship side Wigan Athletic. The Lactics have reportedly agreed a fee with Bursaspor for the ex-West Brom goalkeeper – said to be around £700K.

The 27-year old will fly back to England in the coming days to meet with Wigan Athletic representatives to agree personal terms.

He made 70 appearances in his two years at Bursaspor, but has been keen on returning after a successful two seasons abroad.

Wigan manager Owen Coyle, formerly of Burnley and Bolton Wanderers, regards the Englishman as number one priority. The Lactics are in need of a goalkeeper after first-choice Ali Al-Habsi having to undergo surgery for a hip injury – ruling him out of action for a number of months.

Scott Carson is said to relish a chance to prove himself back in England, and is looking forward to potentially working his way back into the national side.

While Wigan Athletic will be playing in the Championship next season, they are expected to be promotion favourites and Carson is looking forward to helping them return to the Premier League.