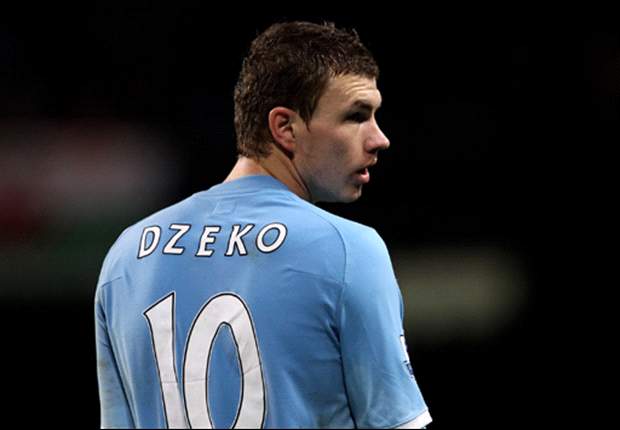 Bosnia & Herzegovina international striker Edin Dzeko has been linked with a move away from Manchester City this summer, and the Citizens are said to be considering offers for the right price.

What’s more bemusing about the decision is City have endured a season of disappointment and underperforming players, but Dzeko has remained consistent as ever for the majority.

Upon his signing for the Premier League runners-up from Bundesliga side Wolfsburg in 2011, expectations were high of the man who scored 66 goals in 111 games in Germany.

His debut season with Manchester City left a lot to be desired – scoring only twice in 15 Premier League games. However, the season after saw him recapture his form and show the Premier League why he was so highly rated in Germany.

Chelsea and Napoli are two sides who have been the most heavily linked with the frontman, but no official approach has been made.

With Manchester City having sold two strikers already this year – Mario Balotelli to AC Milan, and Carlos Tevez to Juventus, Edin Dzeko and Sergio Aguero are the only two senior strikers left at the club. City would be forced to dip in the market to find three replacements should they opt to sell the Bosnian.

Dzeko seemingly possesses every attribute you would look for when choosing a striker. Standing at 6 foot 4, he is very tall, and therefore an obvious aerial threat. He has a strong physique and can hold up the ball well. The 27-year old is a great finisher, and boasts a prolific goalscoring record both at Manchester City and Wolfsburg. Plus, he’s reaching his prime, which is where you would expect him to show his best form for the next two seasons.

At City, Dzeko has made 109 appearances in all competitions, scoring 40 goals. He was the side’s top goal scorer in the Premier League last season (14 goals). And while representing Bosnia & Herzegovina on 46 occasions, Dzeko has scored 27 goals.

His asking price is said to be around £12M, which would be around half of what the Premier League side had originally paid for him only two years ago. Is he really worth taking that much of a loss on? Is Dzeko not worth keeping for Man City? Surely he will only improve for City next season should they hold on to him?