Who will replace Wood at Leeds? 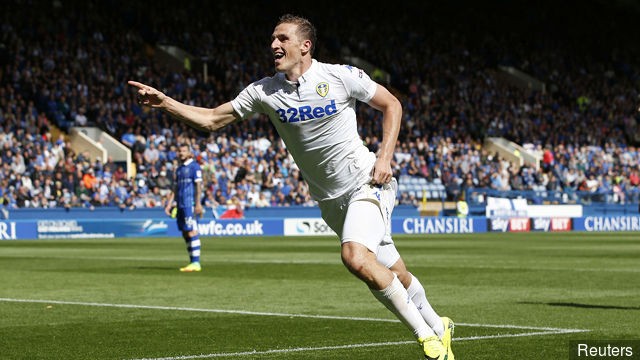 Leeds United have shown that they can succeed after the departure of former striker Chris Wood. New Zealand’s vice-captain joined Burnley on a club record transfer of around £15 million. Wood will likely be a strong addition to Burnley’s squad and add to their attacking options.

On the other hand, Leeds have lost their primary goal source. The club did gain a sizeable amount of spending money, but the new season is already underway.

Christiansen’s side are fighting another season in the second division to finally gain top flight promotion for the first time since 2004. The Peacocks were in the Premier League for 14 years before getting relegated.

The past few seasons, Leeds have been finishing towards the top of the Championship. This campaign, United will face a hurdle after losing their main man, but will still be seeking promotion which has eluded them over the past decade.

Leeds’ latest match against EFL League 2 side Newport County provided hope for fans. Christiansen’s squad came away 5-1 winners in this EFL Cup second round tie. Newport started off the game strong, scoring the opening goal, but Leeds were quick to reply and build a lead.

Kemar Roofe stepped up to the occasion and netted a hat trick. After leveling the two sides before half time, he struck a volley and scored a superb bicycle kick. The Englishman may have shown that there is still life after Chris Wood. Samu Saiz and Ronaldo Vieira each provided a goal on the day as well.

This comprehensive victory showcased the possibility of not pursuing a replacement striker this transfer window. Finding an immediate replacement for Wood may not be completely necessary to have a solid campaign but if they are going to push for promotion this season it would be smart to increase their options and replace such a big name.

According to Express, Manager Christiansen has reported that the club was searching for another striker, but that Roofe could serve as Wood’s replacement. Blackburn’s Jordan Rhodes and Arsenal’s Chuba Akpom are strong candidates to transfer into Leeds and replace Wood, according to reports. Whoever Leeds decide to bring in, they need to act quick, as the window closes on August 31st.