Where does Chelsea go after the defeat at the Club World Cup?

Chelsea were tipped by many to win the Club World Cup but they lost 1-0 in the final to Corinthians which will leave many fans asking where the club goes from here?

Chelsea need to get back to basics and prioritise because their most important competition for the success of the club is now the Premier League. Criticisms can be made about how the side played at the CWC but they need to get back to the bread and butter of the league.

The most important thing which Chelsea now need to do is qualify for the Champions League. This isn’t just important financially, it’s key to the players they can possibly sign at the end of the season and in terms of the boss who replaces Rafael Benitez.

If they allow themselves to fall way off the pace domestically then they will find it very difficult to retain their strength in the English Premier League and the European Cup over the next few seasons.

The consistent strength of Manchester United and Manchester City in the league and Europe means that the very best top players coming to England will want to go to Manchester over any other area.

The problem Chelsea now have is that if they allow themselves to fall off the pace, their owner Roman Abramovich has proven himself to be extremely trigger happy in terms of the players he demands and the coaches he fires.

What Chelsea need is a period of stability after the end of the season going forward. A top manager who can develop the club over a number of seasons will not go anywhere near the club if they don’t finish in at least fourth place.

This will frustrate the owner who is much more likely to continue the constant carousel of top profile coaches coming in, having a go, doing relatively well and then being fired.

A top coach coming in at the end of the season will allow Chelsea to develop, build on their current squad and ensure that their European and Premier League strength is maintained over the next few seasons. 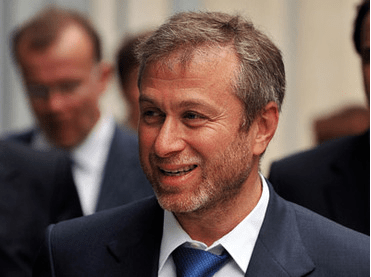 Looking at the Premier League table, Chelsea are right in the mix in third place on 29 points and with a game in hand. They will struggle to claw back the now 13 point gap from Manchester United at the top of the league but they are well positioned to qualify for the UEFA Champions League.

Failure to hold onto a top four spot could see something similar happening at Chelsea to what has happened to Liverpool. Liverpool enjoyed a period of success in the Champions League before key players left as they fell off the pace.

This has had a knock on effect to the team who currently look a million miles away from the top four and it has also impacted the calibre of players that Liverpool are able to sign.

The very best players around Europe now only consider moves away from established clubs to other sides in the Champions League because of the stage the competition provides to perform on and the benefits of it financially.

If this becomes something which Chelsea simply can’t offer then they may even struggle to hold onto their best young players coming through the ranks.

They will want to know why they can’t compete with the same level of youths from Manchester United, Manchester City, Tottenham, Arsenal and other top Premier League sides.

Chelsea shouldn’t come back from the Club World Cup with their tails between their legs, they should come back with a renewed enthusiasm to attack the Premier League.

They need to put themselves into a very strong position over the second half of the season because next summer is arguably the most important period for the club since the Abramovich era began.