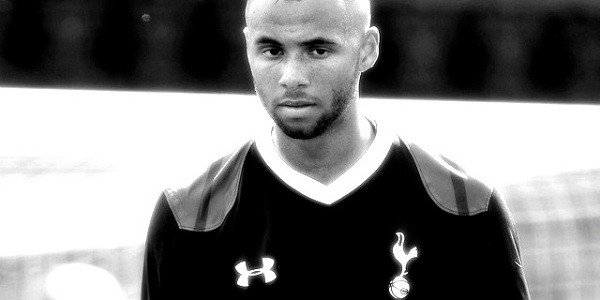 But ask any Palace fan at the time and they’d have told you that was akin to buying Harrods’ stock at Primark prices.

Jordan said it most succinctly when describing the situation:

“Bostock, one of the best players my academy has produced in the last 10 years, has just been sold for a packet of crisps.”

If the rumours were true, this was a player who had been tracked by Barcelona, while Chelsea had a bid of £900,000 rejected when he was just 14.

The player made his Palace debut a year after that Chelsea bid, and by the time Spurs showed an interest, Jordan was quoting £4.5million (after add-ons).  A not unreasonable price when you consider Gareth Bale was 17 when he joined Arsenal from Southampton for £5million.

If talent was measured in column inches, Bostock was exceptional.  But as those column inches faded and no new ones took their place, he was playing at a level no higher than obscurity.

Four years on from that transfer, he seemed to have disappeared.

So not even knowing if he was still on Tottenham’s books, I did some research. And next weekend, team-sheet pending, he should be turning out for Swindon Town in League One.

On loan from Spurs until January, this is his fifth loan spell in four years.  So it turns out he is still a Tottenham player, but not really.

The boy who was the subject of one of English football’s most controversial transfers is now the man who has made only 39 appearances since he signed that contract.

And of those appearances, only four were for Tottenham.

The rest were spread out between Hull City, Brentford, Sheffield Wednesday and Swindon.

So maybe £700,000 was about right; maybe Bostock isn’t as good as Palace claimed.

After all, there have been plenty of Football League clubs who’ve given run-outs to GCSE students in the past.  And not many went on to break another record.

The truth is I have absolutely no idea if Bostock was worth the money or the furore.

Maybe his only legacy will be as the youngest player to play for two London clubs, until someone younger comes along.

Some young players are championed long before there is proof for that championing.  And many never supply that proof.

Others, like Wilfried Zaha and Victor Moses, take their time, improving their talent and their reputation before moving on.

And a few step down a level rather than up, aware that football need not be rushed if you really want to make it; Tom Ince the perfect example.

It would be interesting to know how long Bostock has left on his Spurs contract and if, when the time comes, they offer him a new one.

Perhaps there is still time to show he is worth far more than a packet of crisps.