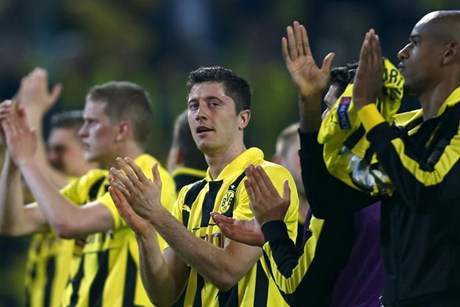 Bayern Munich claimed the Champions League crown on Saturday night, beating German rivals Borussia Dortmund 2-1 in the final at Wembley. For these Bundesliga foes, the future is looking rather contrasting.

Bayern are on the up after a remarkable campaign, with Pep Guardiola joining the Allianz Arena outfit this summer. For Dortmund, it may well be an uphill struggle to keep their manager and some of their top players during the off-season. 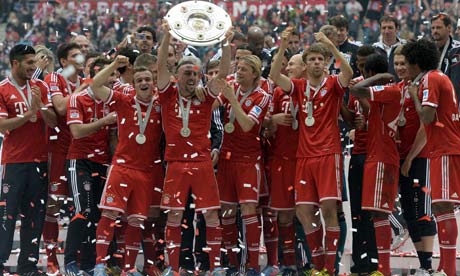 Bayern have been one of Europe’s top teams for the last number of seasons, making the Champions League final in three of the last four attempts. Saturday’s victory was well overdue after defeats to Inter and Chelsea in previous finales. It has been a spectacular campaign for Die Roten; a DFB-Pokal final victory over VfB Stuttgart will secure a momentous treble.

Jupp Heynckes will stand down this summer, to be replaced by none other than Pep Guardiola. The Spaniard’s move to Bavaria is a major coup for not only the club, but domestic football in Germany as a whole. Mario Gotze’s signing has also been confirmed, in what is a real statement of intent by the newly crowned Bundesliga champions. More big-name signings will surely follow.

We can expect Bayern to be at the forefront of European football for the next few seasons, and Dortmund, or anyone else, will have a job on their hands to win back the Bundesliga title. This Bayern team is in a position to potentially dominate European and German football for years to come – similar to Guardiola’s Barcelona team of the late 2000’s.

However, after an almost perfect season in 2012-13, the bar has now been raised for the Bavarians. New players will need to fit into the Bayern system quickly to keep the ball rolling for the club, while Guardiola may well have jumped out of the frying pan and into the fire given the level of expectancy at the club now.

Dortmund are also a team in transition, however many are fearing the worst for the Signal Iduna Park outfit. A fantastic European campaign has had the eyes of the world on the Dortmund side, and the top clubs on the continent will be keeping tabs on their best players. Gotze’s decision to jump ship, especially to Bayern, will be a massive blow – and he will be difficult to replace.

Robert Lewandowski has one year left on his contract at the club, and is thought to be reticent to extend his stay in Germany. Manchester United, amongst others, are being linked with the Polish forward and it looks likely that he too could be on his way this summer. Ilkay Gundogan, Mats Hummels and other members of the Dortmund first team will be in demand also.

Dortmund have a good record of replacing sold assets. When Nuri Sahin, a driving force in their 2010-11 Bundesliga triumph, left to join Real Madrid, they brought in Gundogan. When Lucas Barrios went off the boil, Lewandowski was there to take his place. When Shinji Kagawa was granted his dream move to England, the money was reinvested to sign Marco Reus.

Similar wonders in the transfer market are necessary this summer for Dortmund to remain the force that they are currently.

Finally, with big managerial jobs in the Premier League available, Jurgen Klopp’s future at the club is in some doubt also. Losing a top player can be devastating, however should the mastermind behind Dortmund’s recent rise to prominence leave, all could be lost.

The decision makers at Signal Iduna Park must do all they can to keep Klopp at the helm, and give him money to spend this summer. If they don’t, Dortmund may well slip back to the mediocrity that Klopp inherited them in back in 2008.