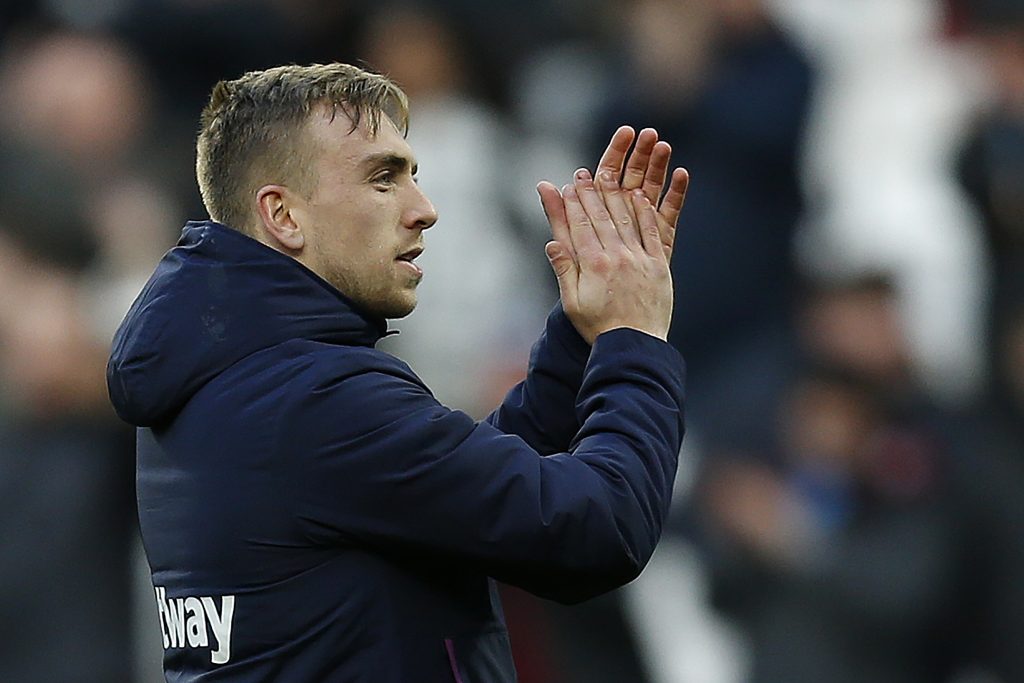 West Ham United forward Jarrod Bowen is hoping to follow in the footsteps of his former Hull City teammates Andy Robertson and Harry Maguire after they took the Premier League by storm at Liverpool and Manchester United respectively.

The 23-year-old moved to the London Stadium on the last day of the January transfer window in a deal worth £25 million, and has scored once in four league appearances.

Hammers boss David Moyes recruited Bowen’s services after he bagged 16 goals in 29 Championship games for Hull during the first half of the campaign, and the former Tigers star is hoping to impress in the English top-flight like his former teammates have done.

Robertson has established himself as arguably the best left-back in England, while Maguire secured an £80 million move to Old Trafford last summer from Leicester City, making him the most expensive defender in history.

“It’s massive. Robbo and I used to train against each other all the time. Harry Maguire and I actually sat on the bench together,” the West Ham man told talkSPORT.

“He wasn’t playing too much at Hull in the first six months of our last Premier League season, but you could tell they were both good at the time.

“They’re still only young as well, and they’ve gone on to do some unbelievable things. Harry has gone to a World Cup semi-final; Robbo has won the Champions League. It’s unreal. I want to try and follow in their footsteps.”

Liverpool are six points away from clinching their first league title in 30 years, and Robertson has played a huge role in what has been an impressive campaign for Jurgen Klopp’s men.

The 26-year-old has seven assists and a goal in 28 league games and is set to make the PFA Team of the Year for the second season running.

Bowen has proven that he has the potential to become a consistent and quality finisher in front of goal, and will now look to show that he can become a Premier League star like Robertson and Maguire.