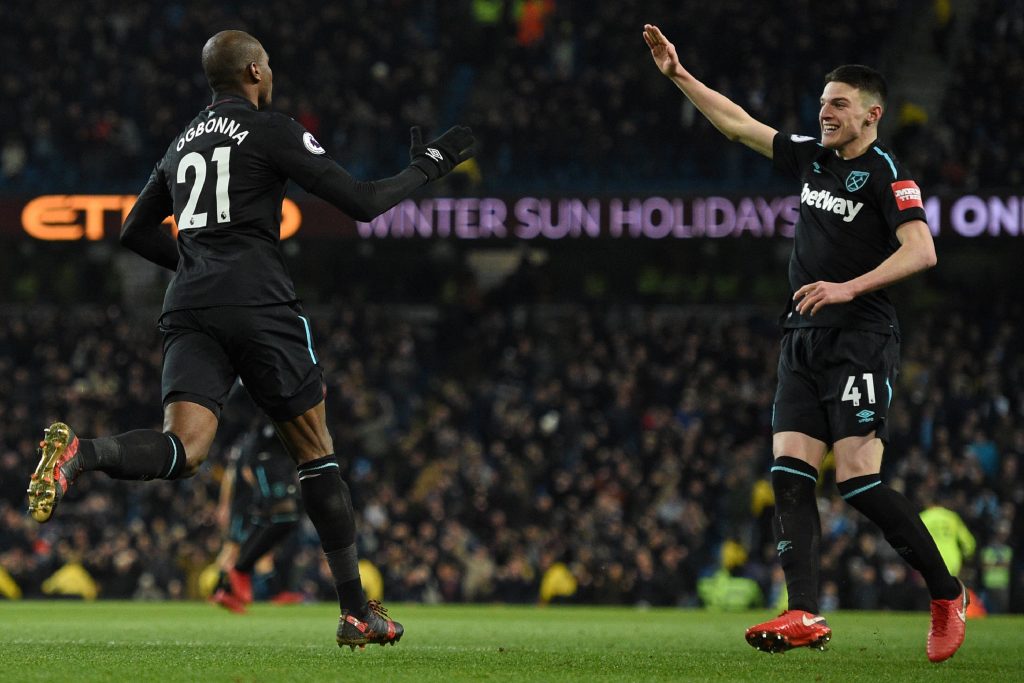 West Ham United midfielder Declan Rice has been voted as the club’s Player of the Year after his role in ensuring that they held on to their Premier League status at the end of the 2019-20 campaign.

The 21-year-old played every minute of the league season for the Hammers and was a consistent top performer all campaign.

Rice weighed in with a goal and three assists in those 38 games, and while he is the deserved winner of West Ham’s Player of the Year prize, the midfielder says Italian centre-back Angelo Ogbonna is his own Hammer of the Year.

The 32-year-old was also in running for the POTY award, and he was a key player for the Hammers at the back.

Ogbonna featured in 31 league games, scoring twice at the other end and helping to keep the West Ham defence tight.

David Moyes’ men conceded 62 goals, but things could have been worse without the brilliance of the veteran defender, and he will hope to play another huge role in the club’s campaign next term.