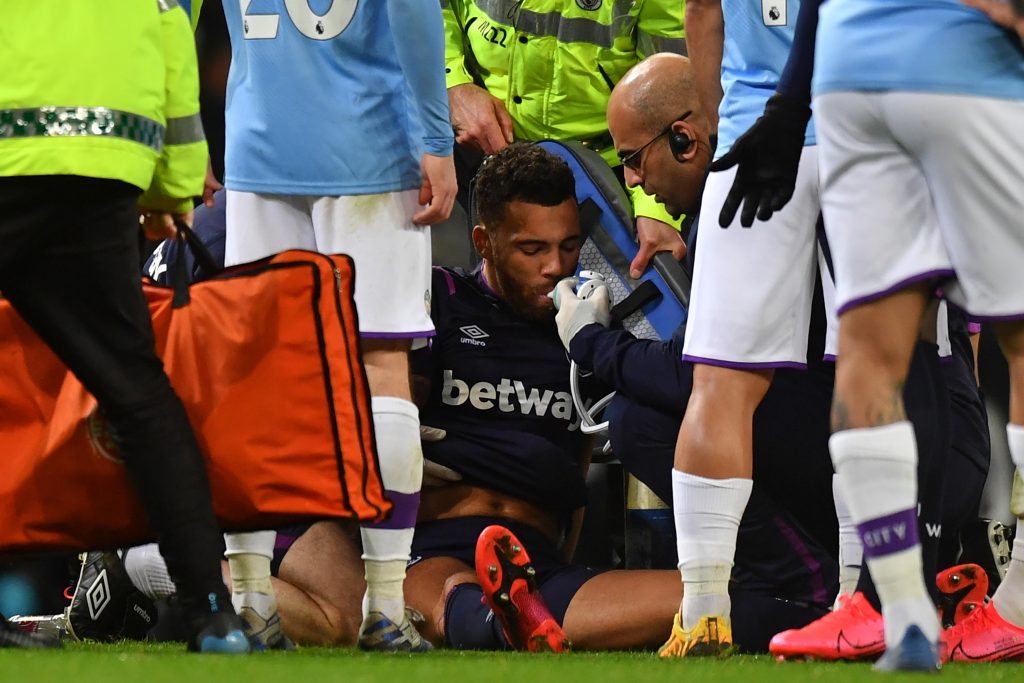 West Ham United right-back Ryan Fredericks is set to miss six weeks of action after undergoing surgery due to a shoulder injury he sustained during last week’s Premier League clash against Manchester City.

The 27-year-old damaged ligaments in his right shoulder and has gone under the knife yesterday. Fredericks has played 20 league games this term, but will now miss crucial games for a West Ham side looking to win their battle against relegation.

While it’s a big blow for boss David Moyes, the Hammers have two backup options in Jeremy Ngakia and Pablo Zabaleta, and they should have no problem filling in for the Englishman.

West Ham fans aren’t happy with the news, though, and here is how some of them have reacted to Fredericks’ injury update on Twitter:

Get him into sports phycologists as well, so nervous and shakey on the ball. Devoid of belief and confidence and a liability going forward.

Good luck for a speedy recovery. Lads been very unlucky since he joined us

What with Fredericks’ injury absence length now confirmed, Ngakia needs to be West Ham’s first choice RB between now and the end of the season, as opposed to Zabaleta.

All he did was run into someone. Embarrassing. While you’re out Ryan, bulk up.

Ngakia put in an impressive shift during Monday’s 3-2 loss against Liverpool at Anfield, and the 19-year-old has the quality to challenge Fredericks for a starting berth going forward.

With January loan signing Tomas Soucek also out injured, Moyes will hope his players can prevent getting knocked down in the coming weeks as he needs all hands on deck in their fight against relegation.

West Ham are currently 18th in the top-flight table following six wins, six draws and 15 losses, and they need to pick up as many points as they can in their last 11 games of the campaign if they are to retain their EPL status for next term.