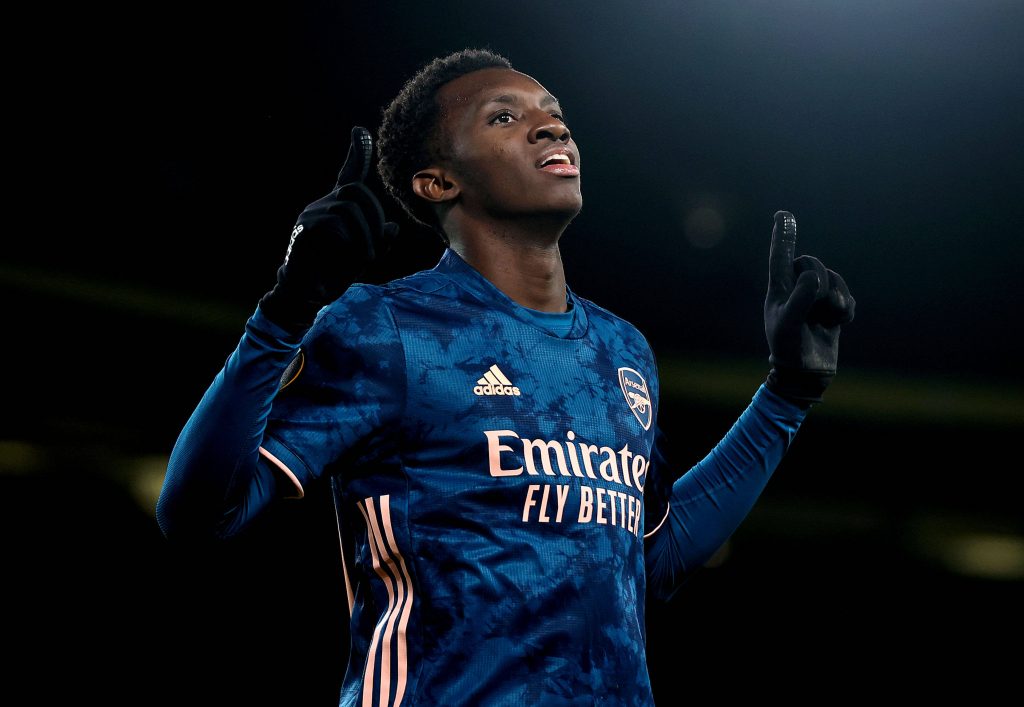 According to Evening Standard, West Ham United manager David Moyes is a fan of Arsenal striker Eddie Nketiah, and sees the England youth international as someone who fits his energetic style of play.

The Hammers want to sign a new striker this summer after failing to bring in a direct replacement following Sebastien Haller’s move to Ajax in January.

Nketiah has emerged as a target, and he is likely to leave Arsenal in the coming months, having struggled for playing opportunities.

The 21-year-old has started just three Premier League games this term and has expressed his unhappiness with his situation in north London.

West Ham wanted to sign Nketiah in January, but Arsenal refused to listen to offers.

That is expected to change after another young striker Folarin Balogun agreed to put pen-to-paper on a new deal.

Nketiah has just a year left on his current contract going into the summer and knows he may have to leave for elsewhere to kickstart his career.

He spent a few months on loan at Leeds United last season, returning to Arsenal after the club decided to recall him.

Nevertheless, the Hammers target impressed Whites head coach Marcelo Bielsa who tipped him to become ‘one of the best English players’.

Nketiah would have been left impressed with how Jesse Lingard has turned his career around at West Ham under Moyes, and he could be keen to follow suit this summer.

The Hammers could be playing in the Champions League next season, and that will undoubtedly come as a huge boost in their pursuit of the Arsenal academy graduate.