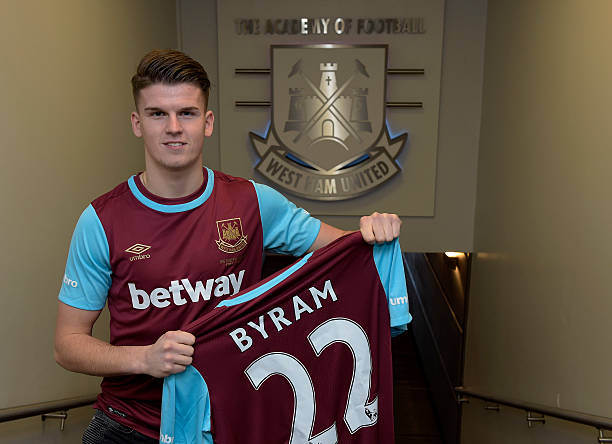 The 25-year-old had found himself behind Ryan Fredericks and Pablo Zabaleta in manager Manuel Pellegrini’s selection order, and he had to spend last season on loan with Nottingham Forest.

Bryam featured in just six Championship games, and it wasn’t enough to convince West Ham to hold on to him.

The Hammers secured the services of the former Leeds United full-back for £4 million in the winter of 2016, and with just a year left on his deal, they were keen to let him go on the cheap, suffering a loss of more than £3 million.

West Ham co-owner David Gold announced Bryam’s exit on his Twitter handle, and many fans made their feelings about his fees known.

Here is how some of them reacted:

Good luck to him but y so cheap he's worth at least 2.5 mill y do we sell our players so cheap

Best of luck to the player. But the majority of fans will question how we can sell a player to another PL club for such a minimal fee. It appears bad business

Any chance we had a sell on fee? Even though he struggled with injury £750k is a poor deal for us

Injuries meant that his games for us were very limited. I have no doubt that he is a decent full back and like John Mc Dowell many yrs ago will prove to be a good buy for Norwich.

Good luck Sam . Gutted to see you go but playing regular football is the key for any professional. All the best .

Shame was blighted with so many knocks

Bryam made 36 appearances for West Ham, with 27 coming in the Premier League.

His exit is a testament of the direction the club are going towards, and more players not good enough for the top-seven mission are expected to be sold this summer.

The Hammers should have demanded more from Norwich for the defender, though, but they clearly didn’t want to waste time haggling over a fee.