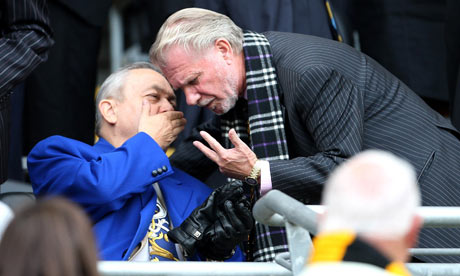 West Ham United have made five signings this summer, completing the latest this morning, and they might be done in the transfer window.

33-year-old goalkeeping duo Roberto and
David Martin have arrived from Espanyol and Millwall respectively for free, while Spanish midfielder Pablo Fornals was snapped up from Villarreal.

With the goalkeeping, defensive, midfield and striking departments all strengthened, it appears that West Ham won’t be signing any more players this summer going by co-owner David Gold’s Tweet.

He claimed that the current 25-man squad is the best he has ever been involved with, and might have hinted that it is the final list the club will be submitting before the end of the week.

This is the best 25 squad of players I’ve ever been involved with including the management team. dg https://t.co/v32mUlAp2m

The transfer window shuts 5 pm on Thursday, and while West Ham could still make one or two more signings, it shouldn’t come as a surprise if they don’t as Gold might have just already dropped the hint.

The Hammers kick off their Premier League campaign with a clash against Manchester City on Saturday.