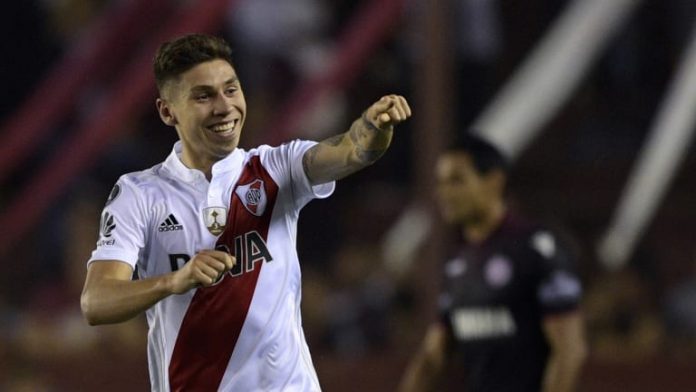 West Ham are interested in signing the South American right back Gonzalo Montiel.

According to TYC Sports (translated by Sportwitness), the Hammers submitted a bid for the player but it has been rejected.

Apparently, West Ham want to sign the player on loan for the remainder of this season and they want an option to sign him permanently in the summer.

It will be interesting to see if West Ham come back with an improved offer for the player in the next few days. Montiel is highly rated in Argentina and the 23-year-old has managed to force his way into the national team setup as well.

It is no surprise that West Ham are looking to bring in right-backs this month. Fredericks hasn’t quite managed to hold down a regular starting berth in the recent weeks and Zabaleta is past his peak.

The Hammers have made a move for Matty Cash from Nottingham Forest as well.

It will be interesting to see who they end up with.

Montiel is a key player for River Plate and the Argentine club are not interested in selling their prized asset. It seems that the Hammers will have to focus on alternatives like Cash now.