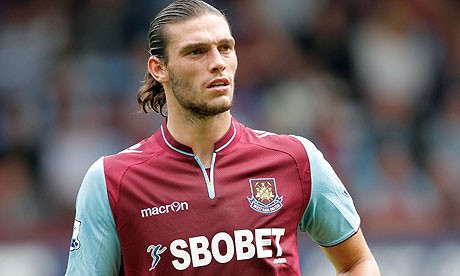 Popular West Ham dedicated website Claret and Hugh have claimed that Andy Caroll will not be back in action till at least December.

Since arriving at West Ham, initially on loan from Liverpool in 2012, Caroll has spent a large chunk of his time on the sidelines with injury.

He arrived as a highly-rated forward but sadly never lived up to his potential due to injury troubles.

The 29-year-old’s current contract at the London Stadium is set to expire at the end of this season.

The East Londoners should aim to move on the former England national team forward during the January transfer window.

They would be better off channeling his £90, 000 per week salary elsewhere and could bring in another striker who has less injury issues.

The latest news will mean that the Hammers will be probably unable to get good value for money on any potential sale of Caroll.

It means that he will only at best play a couple of games before being possibly sold.

If the club finds themselves in a bad situation on the Premier League standings, he may not play at all.

However, Caroll’s experience and past exploits do mean that there will likely be no shortage of clubs that will be interested in taking him on.