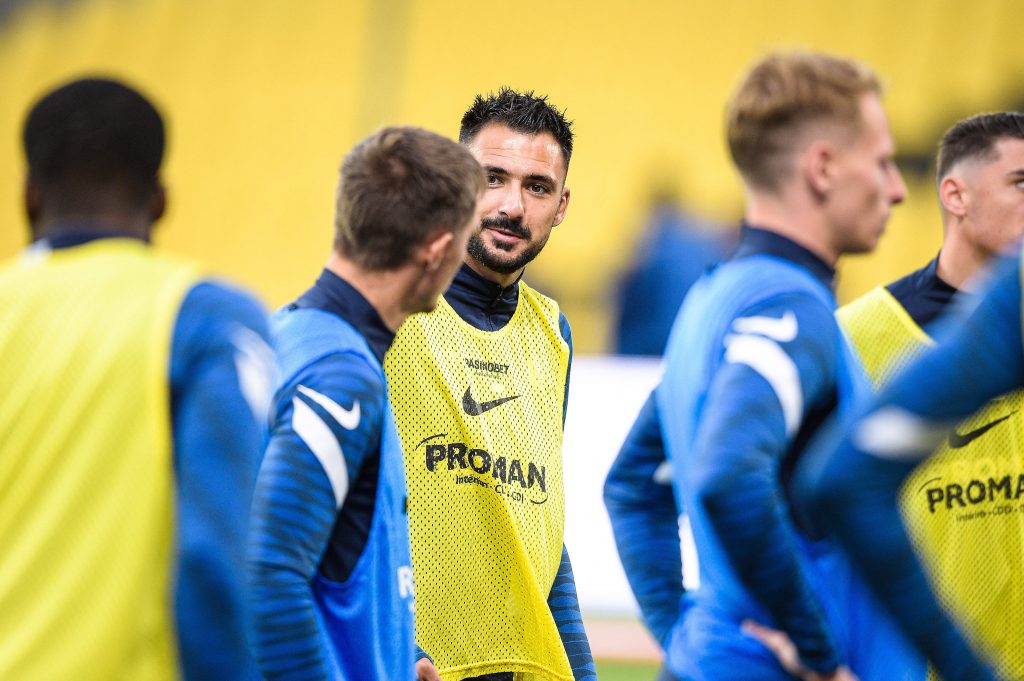 West Ham United have been heavily linked with a move for Montpellier striker Gaetan Laborde in recent weeks.

Foot Mercato (via GFFN) are now reporting that the Premier League club have accelerated talks to sign the 27-year-old.

It is no secret that the Hammers want to bring in another specialist goalscorer to support Michail Antonio and Laborde could be a superb addition.

The Frenchman is at the peak of his powers right now and could make an immediate impact in the Premier League.

Laborde and West Ham have been locked in talks, and the French striker is excited about the London club’s project.

It is hardly surprising that he is excited about moving to the Premier League and West Ham in particular.

The Hammers have an ambitious project at their disposal and can also offer him European football.

He bagged 18 goals and nine assists across all competitions last term and has continued in fine form this season, scoring twice in three games.

Laborde is likely to cost around €15 million excluding bonuses which is decent value in today’s market.

Sevilla tried to sign the player earlier this summer, and the Hammers must move quickly to fend off the competition.

West Ham have also been linked with Jonathan Bamba and Jesse Lingard as they strive to improve their attacking options.