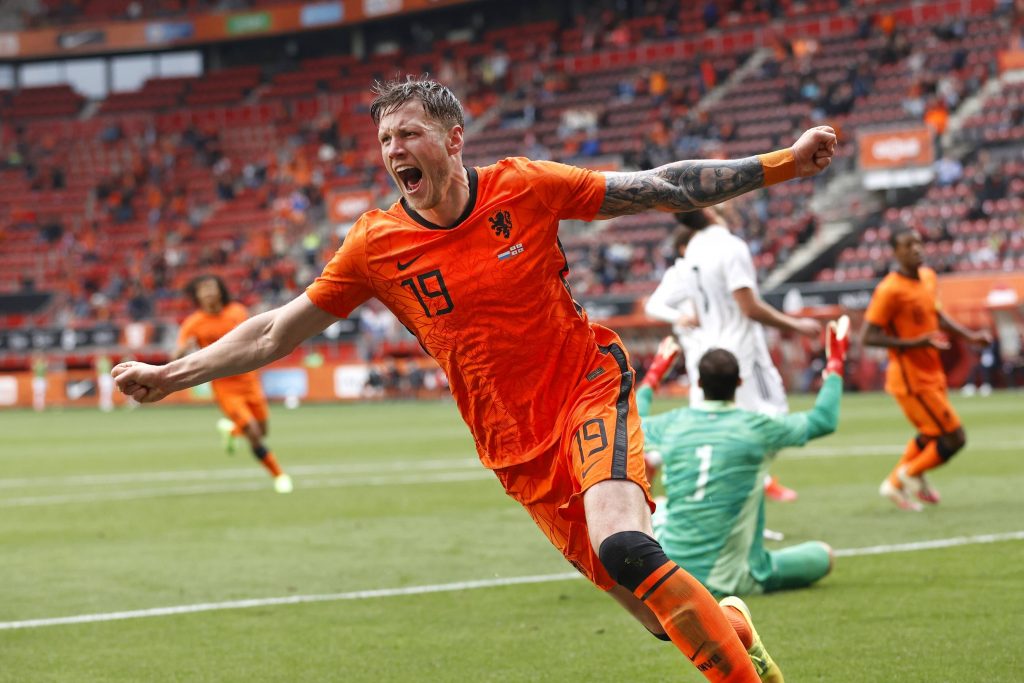 Tottenham Hotspur and Newcastle United were heavily linked with the 28-year-old last summer, but he stayed in Germany.

The Athletic are now reporting that the Wolfsburg star could be allowed to leave for around €30 million. 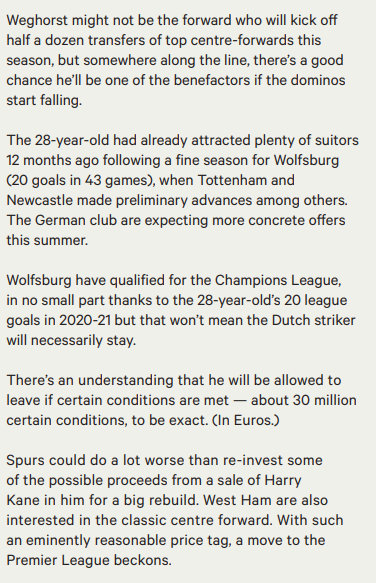 West Ham need a specialist goalscorer and Weghorst would be the ideal addition for them.

He would be an upgrade on Michail Antonio, and the target man seems like a good fit for David Moyes’ playing style.

Weghorst scored 25 goals and picked up nine assists for Wolfsburg in all competitions this past season.

The reported asking price seems reasonable for a player of his calibre in today’s market, and West Ham have the resources to meet Wolfsburg’s demands.

The Londoners are yet to invest the proceeds from Sebastien Haller’s sale to Ajax during the January transfer window.

A move to the Premier League would be a new challenge for Weghorst, and he could be tempted to join the Londoners.

However, he may be reluctant to leave Wolfsburg with the club set to compete in the Champions League next season.

Despite this, the Hammers must sign a top-class goalscorer if they want to progress, and Weghorst would be a superb acquisition.