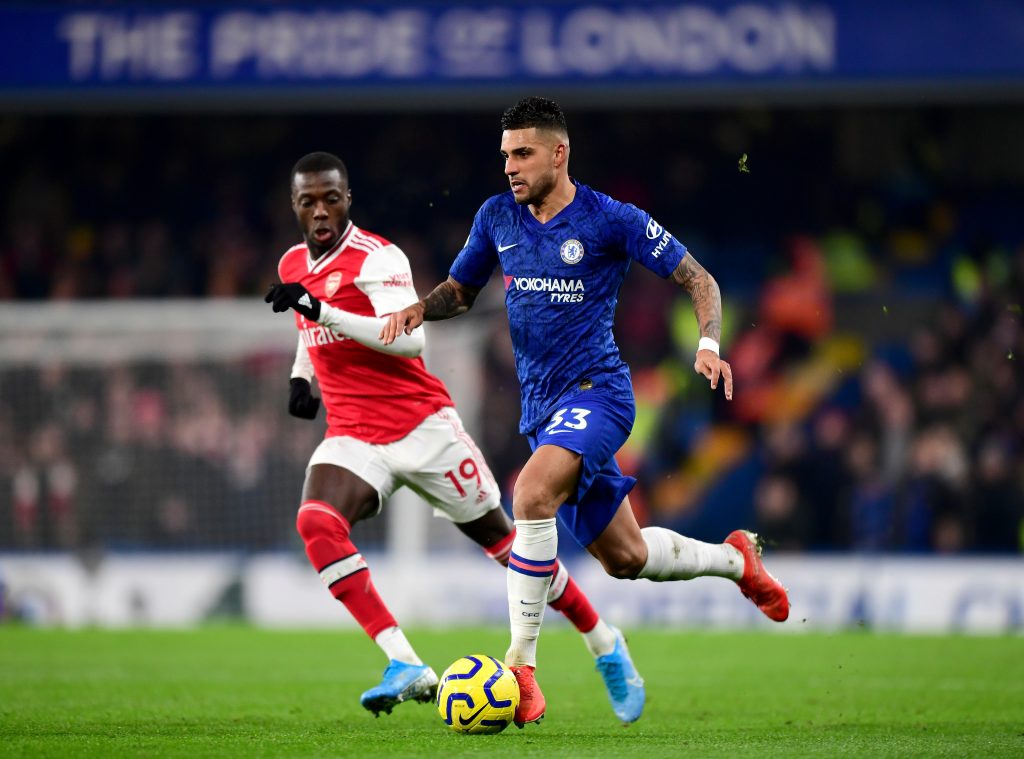 Chelsea defender Emerson Palmieri has been linked with a move away from the club and it will be interesting to see if he can secure his exit before the transfer window closes next month.

According to Independent, Inter Milan are keen on signing the defender but they will face competition from Premier League side West Ham.

David Moyes is looking to improve his defensive options this summer and he has identified the Italy international as a target.

According to reports, West Ham are looking to sign the player on a loan deal.

If Inter Milan come forward with a permanent offer it would be highly unlikely that Chelsea will sanction a loan move for the player to one of their London rivals.

The Blues have signed Ben Chilwell from Leicester City and he is expected to be the club’s first-choice left-back this season.

Emerson Palmieri will have to leave the club in order to play regular first-team football and a return to Italy could be ideal for the 25-year-old.

West Ham United are determined to improve their defensive options this summer and they have been linked with the Burnley centre back James Tarkowski as well.

It will be interesting to see if Moyes can convince the London giants to let the 25-year old join West Ham in the coming weeks.