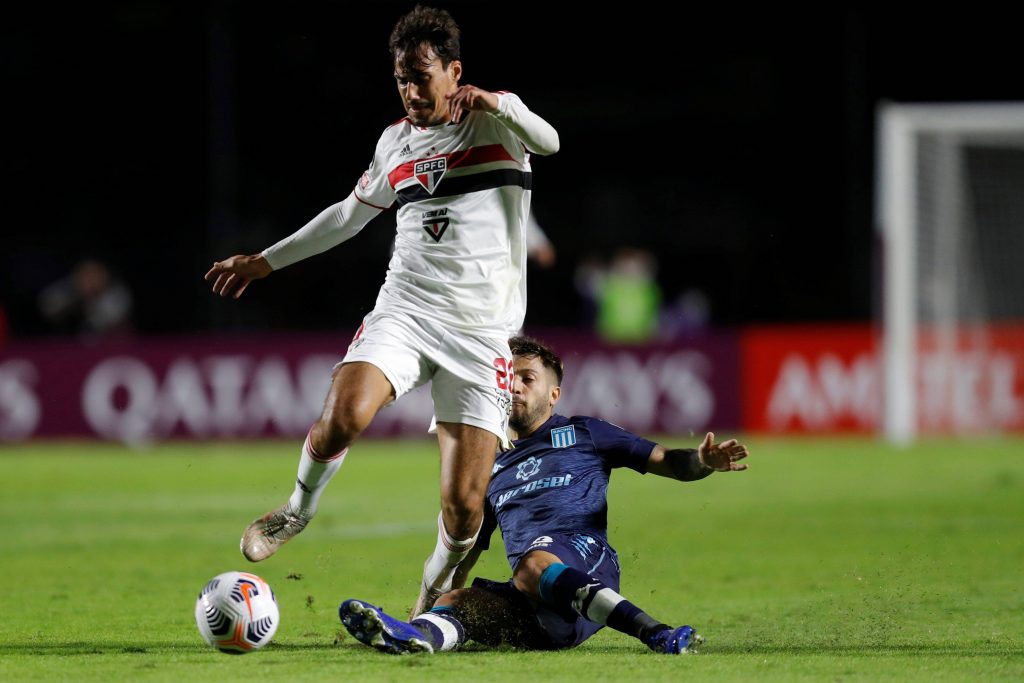 According to Homme du Match (via the Sun), the 22-year-old playmaker is on the London club’s radar as an alternative to Jesse Lingard.

The Manchester United player was on loan at West Ham last season and was highly impressive for David Moyes’ side.

The Hammers are keen on signing him permanently, but Lingard wants to fight for his place at United next season.

West Ham view Gomes as the ideal alternative, and he could cost around £13 million this summer.

The midfielder has been likened to the former Brazilian international Kaka because of his playing style.

The Sao Paulo ace is rated highly in South America, and the reported asking price is a bargain in today’s market.

SL View: Gomes would be a bargain for West Ham

The signing could be a gamble, and Gomes would need some time to adapt to English football.

His compatriot Felipe Anderson struggled to adapt to the Premier League before he was sold to Lazio.

Anderson was highly rated when he joined the Hammers but was never comfortable with the intensity of English football.

Gomes’ talent is beyond doubt but his adaptability remains a concern.

West Ham see him as an alternative to Lingard, but Gomes does not appear to be as prolific in front of goal.

The Brazilian is more of a playmaker, and the Hammers should prioritise the signing of a goalscorer instead.

Read: Austrian defender has been linked with a move to West Ham.