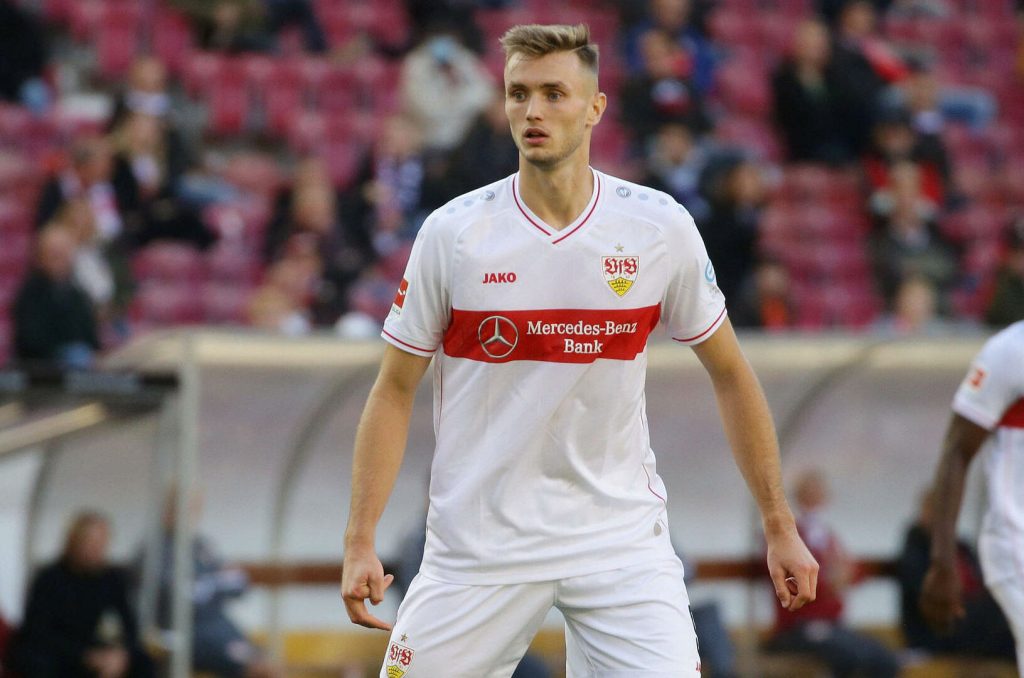 West Ham United sold Sebastien Haller to Ajax in January, and they are still looking to sign a quality replacement.

According to Daily Mail, the Hammers are keeping tabs on the Stuttgart striker Sasa Kalajdzic.

The 23-year-old has 13 goals and four assists this season, and he has been likened to Peter Crouch and Mario Gomez because of his tall frame and playing style.

The Hammers could certainly use a target man like him, and he could prove to be a solid long-term investment for the Premier League club.

However, Kalajdzic could prove to be a cheaper option for the London club, with Stuttgart prepared to sell him for around £15 million.

RB Leipzig and Roma have also expressed their interest in the Austrian international, but the Hammers are believed to be keen to win the race to secure his services.

Kalajdzic is 6ft 6ins tall, but the Austrian is extremely mobile and has excellent technique.

His style of play should be an ideal fit for West Ham. The 23-year-old is excellent at holding up the ball and is a massive threat from set-pieces. He is also still quite young, with plenty of room for improvement.

Read: How Moyes’ plan for 21-yr-old could save West Ham millions in the transfer market.