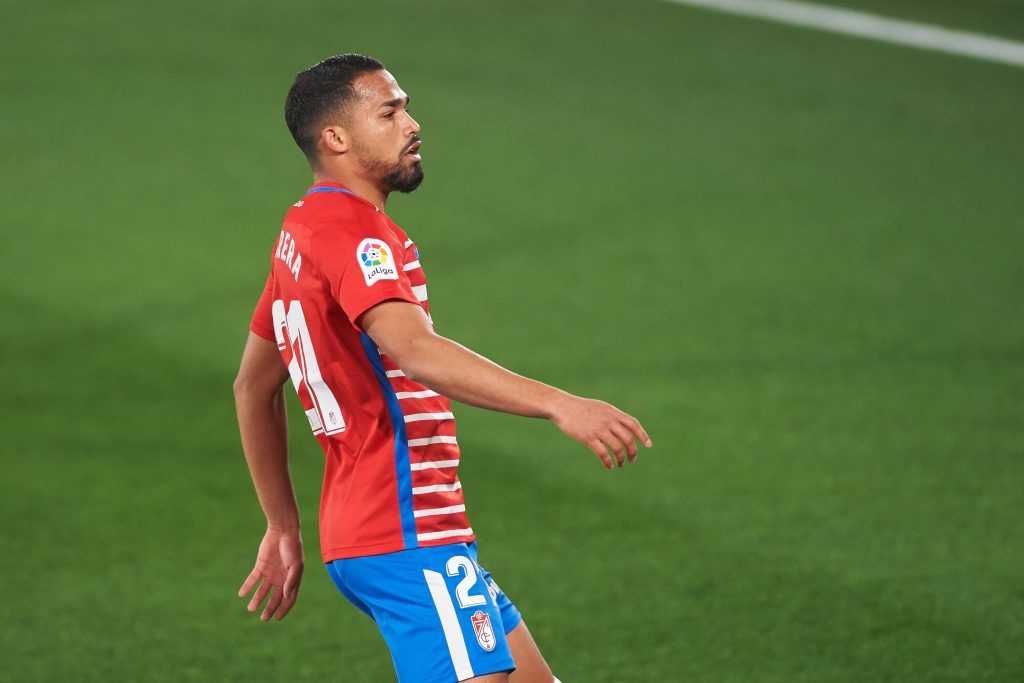 Manchester City are looking to offload some of their fringe players this summer to raise around £100 million through transfer deals before the potential sale of any senior players.

Jack Harrison and Angelino have already been sold to Leeds United and RB Leipzig, while Lukas Nmecha is closing in on an £11.2 million move to Wolfsburg.

According to The Telegraph, City hope to raise another £50m by selling Yangel Herrera, Ivan Ilic, Morgan Rodgers and Pedro Porro.

Herrera is one of City’s most saleable assets from that group, with several clubs interested in securing his services this summer.

The South American, who joined City from Atletico Venezuela in 2017, has spent the last two seasons on loan with Granada.

The Hammers, who will be participating in Europa League next season, are looking to bolster their squad and signing a defensive midfield is a priority for them.

The 23-year-old, who previously spent a season on loan at New York City FC, is valued at around £20 million.

Meanwhile, The Athletic claim that the Hammers have decided that midfielder Declan Rice will not be sold in the summer transfer window.

The England international has rejected two contract offers at West Ham and is keen to play for an elite Premier League club.

Read: Manchester City are ready to complete a deal for Jack Grealish.