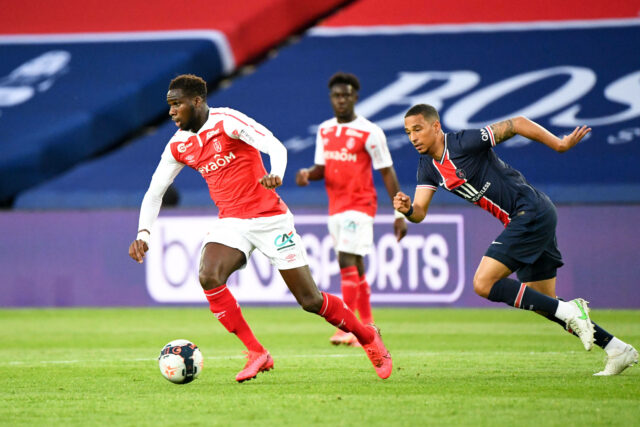 The Hammers sold Sebastien Haller in January, and they were on the lookout for a new striker. Dia was linked with a move at that time, but the deal didn’t materialise.

David Moyes signed Jesse Lingard from Manchester United on loan, and he proved to be a masterstroke signing for the London club.

However, it seems the Hammers are still in the hunt to sign the 24-year-old who bagged 14 goals last season for Reims, according to The Athletic.

French clubs are losing their key players to English football as they battle against financial pressures caused by the pandemic.

Boubakary Soumare and Romain Perraud have already moved to England, while Houssem Aouar and Moussa Dembele are being targeted by several Premier League clubs.

The striker has shown qualities that indicate he would be a good fit for the Premier League.

However, West Ham should be worried about his slump in form towards the end of last season, where he only scored two goals in 19 league games.

It has resulted in a drop in interest from potential suitors, and Reims now have a big decision to make.

The French outfit may decide to sell him now, with one intermediary informing them that Reims fear his price could drop further if he suffers another dip in form.

West Ham are desperate to sign a new striker this summer, and the club were recently linked with Sevilla striker Youssef En-Nesyri.

In other transfer news, Felipe Anderson is all set to return to rejoin his former club Lazio in the next few days.