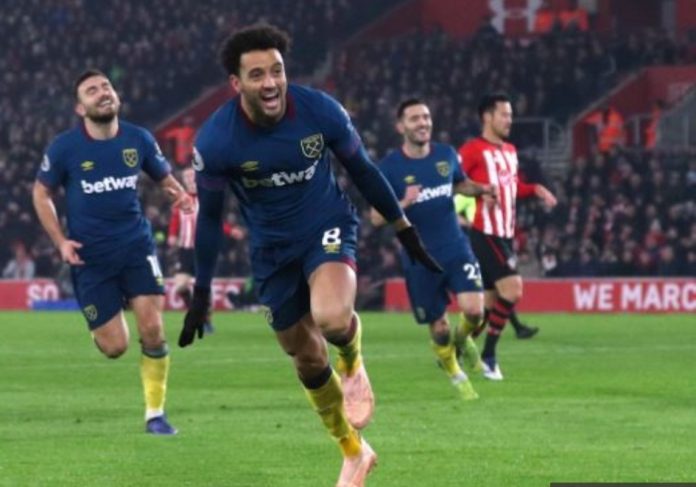 West Ham have an injury list that would have most clubs fans crying into their pint. Before kick off at St Mary’s, The Hammers had no fewer than ten players on the treatment table.

Despite this, Manuel Pellegrini has worked wonders by keeping The Hammers away from the relegation zone, and in contention for a European qualification place.

Southampton have recently seen change themselves, with Ralph Hassenhütti taking over from Mark Hughes. Saints fans were on cloud nine after a terrific first home game saw them overcome Arsenal in dramatic fashion.

After a goalless first-half. The game came to life after the break. Nathan Redmond gave Saints the lead five minutes after the interval, forcing the ball home, following a goalmouth scramble. At that point Southampton fans could be forgiven for believing they were about to win their third game on the trot.

However, the lead only lasted three minutes. Felipe Anderson letting fly from 25-yards with a fabulous strike to bring The Irons level.

Lukasz Fabianski then pulled off a wonderful save to deny a long-range effort from Stuart Armstrong.

The scoring was completed in what had been a nine-minute spell, as Anderson completed the turnaround. West Ham broke following a Saints corner, with Michail Antonio finding Anderson, who smashed home the winner.

The games final decent chance fell to Mario Lemina, but Fabianski was equal to his low effort.

West Ham fans reacted to the victory in joyous mood. 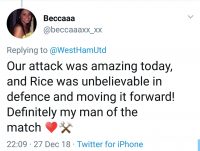 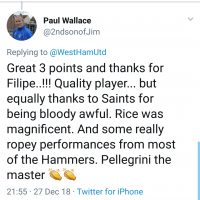 The Hammers  are now up to 9th, and face a trip to struggling Burnley on Sunday. A win with other results going in their favour, could see them climb to 7th. Southampton entertain an out of form Manchester City as they attempt to get back to winning ways.