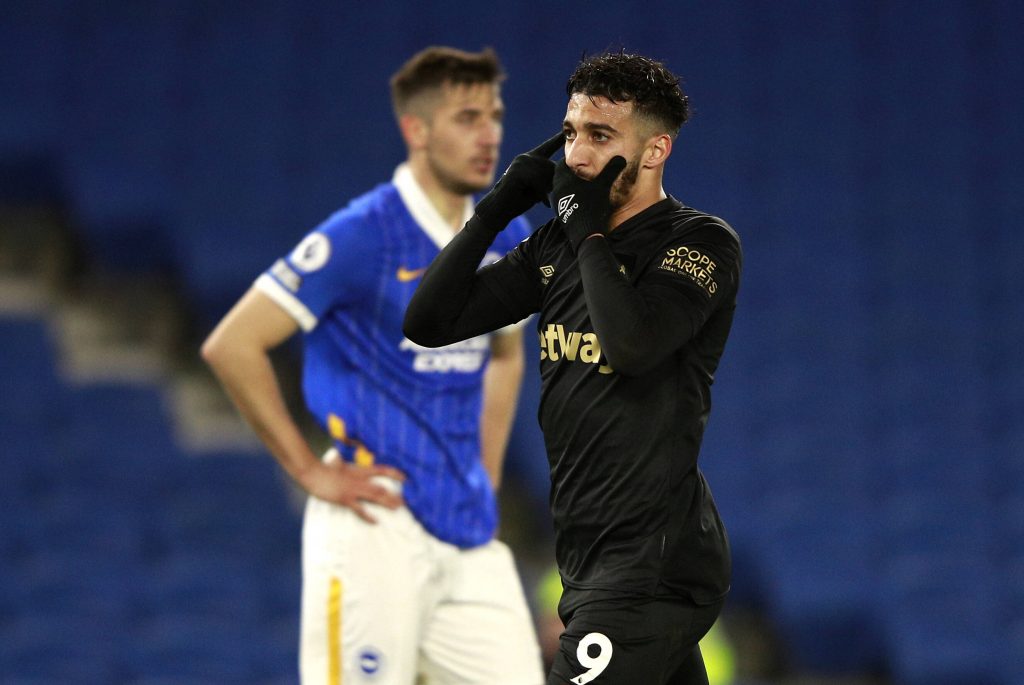 West Ham United were held to a 1-1 draw against Brighton and Hove Albion in the Premier League last night.

Late goals from Danny Welbeck and Said Benrahma ensured that the points were shared between the two sides.

The draw was a major blow to West Ham’s Champions League hopes, and they will now concentrate on securing their place in the Europa League next season.

The Londoners have had an impressive campaign, and David Moyes would have expected a better showing from his players last night.

Midfielder Benrahma scored his first Premier League goal for West Ham, and his late strike could prove to be crucial in the race for Europa League qualification.

The Algerian came on after the hour mark and made an immediate impact for the visitors.

Apart from his goal, the 25-year-old added flair and creativity in the final third for his side.

The midfielder has had a mixed season with the Hammers. He will be hoping to build on this performance and hold down a regular starting berth next season.

i am happy for benrahma. that is all. not happy about anything else. gonna have to ride our luck the next couple weeks

Needed a win but just pleased we got a point in the end.

Really happy for Saïd Benrahma tonight as he finally grabbed his first goal for the club.

Hopefully the first of many in claret and blue.

So happy for Said Benrahma!

You could see the relief in his face when he got that goal. Hopefully a big finish from him! ⚒️ #COYI