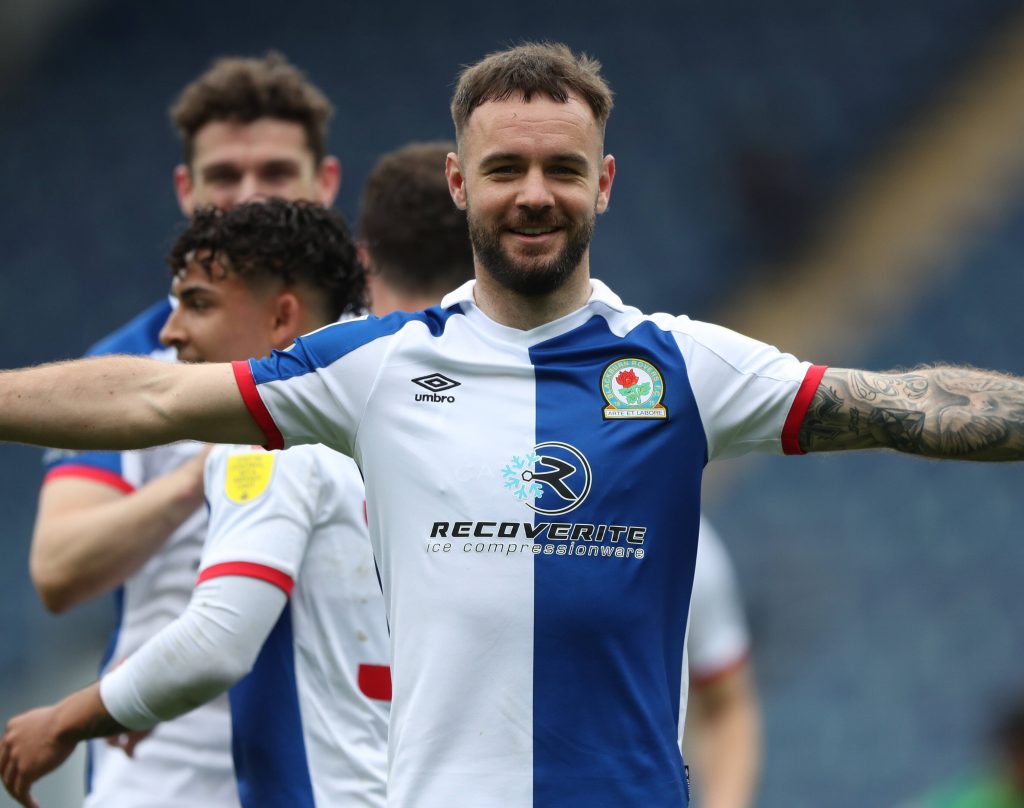 The 24-year-old bagged a second successive hat-trick for Rovers as they ran out 5-2 winners against Birmingham City on Saturday.

The ex-Newcastle United forward took his tally to 29 goals in all competitions in what has been an underwhelming campaign for Tony Mowbray’s team.

Speaking on BBC Radio Lancashire after the game, the Rovers manager indicated that the club would be open to selling Armstrong this summer.

“For Adam’s sake let’s hope the phone rings and someone offers us a ridiculous amount of money,” he said.

“We shake him by the hand and we say ‘go and bang in loads of goals in the Premier League.”

“For Adam’s sake let’s hope the phone rings and someone offers us a ridiculous amount of money.”#Blackburn manager Tony Mowbray feels striker Adam Armstong could be in demand this summer after finishing the season with two hat-tricks and 29 goals.#Rovers #bbcfootball pic.twitter.com/37jAssJxe1

Everton have also been credited with an interest in Armstrong in recent weeks, but well-placed local source Alan Myers has claimed that the club won’t pursue the striker.

It’s always very difficult to know if a Championship player will make it in the top flight, seen many who have and just as many who haven’t! I don’t see Everton going in for him tbh

Armstrong has been a standout performer for Rovers this season, but his goals haven’t translated into success for the Lancashire outfit.

Rovers ended the Championship campaign in 15th place and may need to cash in on their prized assets to reshape their squad for next season.

With Bradley Dack on the sidelines, Armstrong is undoubtedly Rovers’ most saleable player.

Owners Venky’s are believed to want £25 million for Armstrong, despite the striker’s current contract ending in 2022.

However, with Everton tipped to be out of the running, Rovers may need to lower their expectations if they decide to sell Armstrong this summer.

West Ham and Newcastle both need attacking reinforcements and would be interesting options for Armstrong to consider.

Despite the interest from the Premier League, the striker must think carefully about his next move.

The Hammers have been linked with a plethora of forwards ahead of the summer transfer window and it is debatable whether Armstrong would be a regular starter there.

Newcastle may be a more viable option, although owner Mike Ashley has not previously been in the habit of shelling out huge transfer fees to bring back former players.

Given that he is guaranteed first-team football at Ewood Park, Armstrong would perhaps be well advised to stick with Rovers and lead their promotion bid next season.