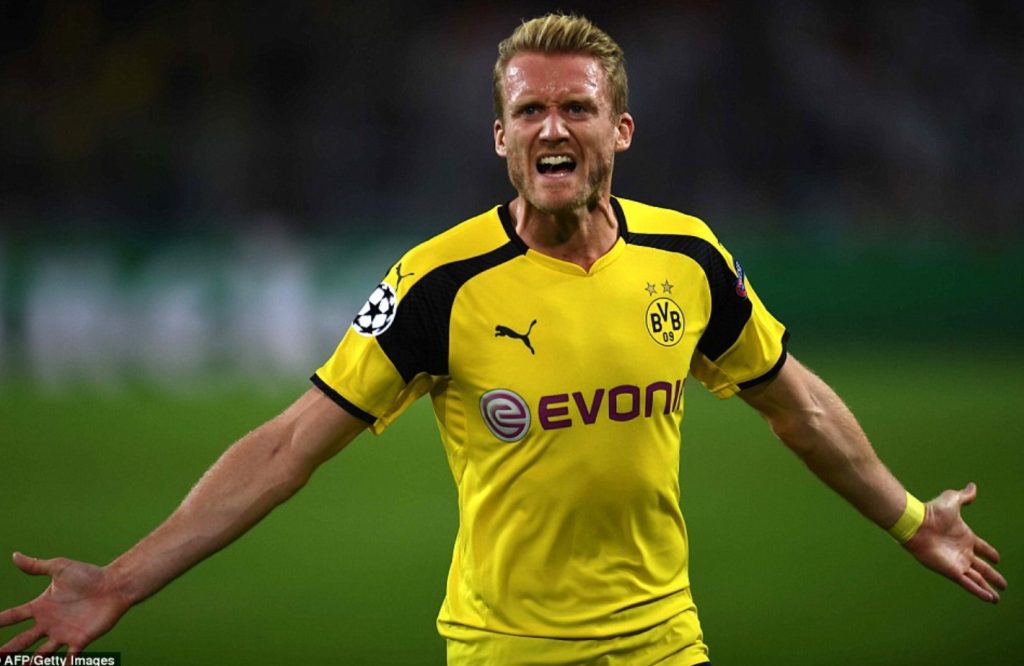 Ex-Chelsea man André Schurrle could be set for a return to the Premier League according to The Daily Mail.

The report suggests West Bromwich Albion are keen on a loan move for the Germany international.

The 27-year-old has found life difficult at Borussia Dortmund this season making only six Bundesliga appearances.

A total of 35 appearances during his 18-month spell leaves him in need of regular football if he has realistic hopes of being part of Joachim Löw’s World Cup plans.

The German giants are willing to let him go on loan and will even in-part subsidise the forwards £140,000 per week wages.

The Baggies are keen to add some fire-power as they battle relegation. A player with Schurrle’s Premier experience would be a huge asset.

The German spent two-years at Stamford Bridge before making a £22m move to Wolfsburg. During his time in West-London, he was part of Chelsea’s 2015 Premier League title-winning squad.

A move to The Hawthorns would undoubtedly suit both clubs and the player himself. Good on the ball and the ability to hold it up as a target man are Schurrle’s best attributes.

West Brom would also benefit from his versatility – The German can play either as a winger, attacking midfielder or as a striker.

Competition could yet see Schurrle head elsewhere, as it is suggested Dortmund have offered him to other Premier League clubs.

With that in mind, West Brom boss Alan Pardew will want to move quickly to get a deal done.