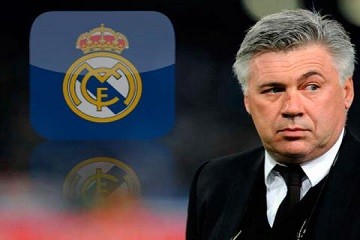 After winning the Copa del Rey, Champions League, UEFA Super Cup and FIFA Club World Cup trophies last season, Carlo Ancelotti’s 4-3-3 and 4-4-2 systems this year didn’t get the best out of his players and it didn’t make them a fantastic team, attacking wise or defensive wise, and eventually cost the Italian his job. He had to find a scheme and style of play that maximizes his team’s potential and delivers performances. It didn’t take Ancelotti long to find the right balance, particularly when that balance essentially involves playing guys in their more-or-less natural positions and in a formation that he knows inside and out. But in his second year with the club he lost that balance.

Real Madrid always are going to score enough goals but defensively they needed to do lot better. They needed another left back this season to compete with Marcelo as Fabio Coentrao has faced back-to-back injuries. Ancelotti’s team had worst defense than Villarreal who finished in sixth place. They also lacked another right back as Daniel Carvajal played almost every Real’s match. He played 60 percent of the games since he has been at the club and seemed exhausted at the end of the season.

Real Madrid bought him after successful U21 European championship where he was fantastic. One of the reasons to sign Illarramendi was Ancelotti who saw the tournament and asked for him as soon as the Italian arrived in the club. They paid huge money on that summer to buy Illarramendi, probably overpaid, if you consider he cost the club more money than Isco. But in two seasons with the club he barley played. He hasn’t start enough matches, hasn’t been trusted in big games and made lots of subs appearance.

Real Madrid missed Luka Modric a lot this season as he was injured out most of the time. The Croatian proved insurmountable for his teammates and Ancelotti didn’t have suitable answer to his absence. James, Isco and Toni Kroos formed the midfield line but they are comfortable on the ball and not great players chasing the ball when the opponents have the possession.

Ancelotti had to change Kroos into a holding midfielder. He is a fantastic passer of the ball, but the Spanish giants needed a traditional defensive midfielder who can fight and get those balls back. They spent millions to find a good defensive midfielder from when Claude Makelele left the club, but still no one has done it. They tried Xabi Alonso, Sami Khedira and Kroos in recent years but they couldn’t get the job done.

Obviously Ancelotti’s three strikers didn’t help the team as much as they could. Karim Benzema looked shattered, he isn’t a top finisher, and he was nowhere near fit and was injured out in crucial part of the season. Cristiano Ronaldo wasted good chances and was disappear against big teams and Gareth Bale also was passive when he had to step up to make a difference. He played over 700 minutes more than last year but scored 5 goals less.

Last but not least we saw Ancelotti not trusting Alvaro Morata, they sold him, and he came back to chase them down with two goals in the Champions League semifinals.