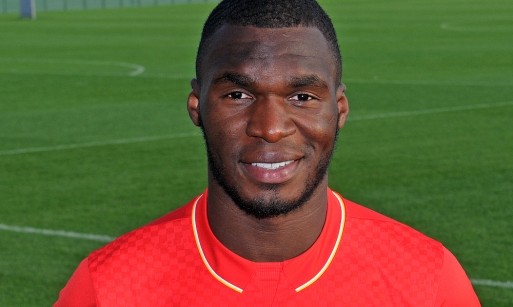 Liverpool striker Christian Benteke has laid down the marker for his side in their upcoming games after being on the end of a demoralising defeat to fierce rivals Manchester United on Saturday.

Benteke was one of the few Liverpool player to come out of the game with any credit, but the big Belgian was left disappointed even after scoring a fine overhead-kick goal in the dying stages of the game. He has urged the Reds to show more and work harder in training.

The 3-1 loss was the Reds’ second consecutive reverse in the Premier League, and for the second time they conceded three goals this season after starting the season with three clean sheets. They now move away from the distractions of the Premier League as they travel to France to face Bordeaux in the Europa League Thursday night.

Liverpool have a task on their hands at Bordeaux but will be expected to have most of the play and come away with a win, and should Benteke’s team-mates be as driven as the striker himself, there are reasons to believe the Reds will turn a corner in France after recent disappointments.